Yesterday, Kanye released a 35 minute video called "Kanye West's New Tastament" which combines clips of Kanye West quotes from interviews over the course of the past year or so with the likes of Zane Lowe, Jimmy Kimmel, Sway, and others. It also features music by Radiohead's Jonny Greenwood and editing by Andrew Michael Stubbs. Watch above, via YouTube.

When tabloid rumors began to circulate that Kanye West's next release would be a spoken word album, we didn't know what to make of it. Perhaps the production of this video was the source of those rumors.

"Kanye West's New Testament" is provocative, beginning with an image of Michelangelo's David paired with Kanye explaining how great he thinks he is. The rest of the video is something that's part recap of Kanye's Yeezus press tour, part inspirational / motivational speech, and part propaganda film. Kanye's preachy words are paired with images in ways that add historical and emotional perspective. 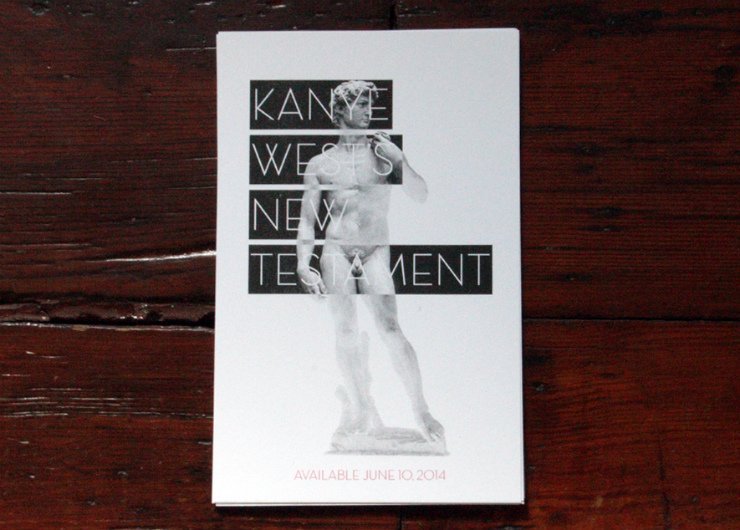