Shaq Diesel is back. For those who don't remember, basketball legend Shaquille O'Neal also had a career as a rapper throughout the '90s. After a fifteen year drought, the former NBA center is back in the music world with a remix of Future's "Karate Chop."

Featuring a guest verse from a relatively-unknown Toronto rapper named ShaqIsDope, who we'd guess was only recruited for the track because of his name, the "Karate Chop" remix is Shaq's first foray into the recent trap craze. When his last album Respect came out in '98, the trap style was probably just a twinkle in DJ Toomp's eye. Nevertheless, the Big Aristotle turns on the auto-tune, updates his flow and comes out sounding like a hybrid of Rick Ross (whose name he drops) and self-proclaimed "Trap Lord" A$AP Ferg.

There's no word on a follow-up album to Respect yet, but you can be sure that we'll report on any and all of Shaq's musical endeavors. 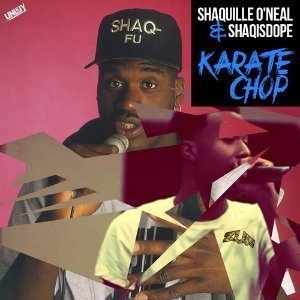