Saxophone funk virtuoso Karl Denson stopped by JamBase headquarters in San Francisco for a 3-song 16 minute set with his band, Karl Denson's Tiny Universe. Of course, the pressure is on to jam when you're at JamBase and these guys did not disappoint. It's great when you watch a funk band play and the musicians are dancing around digging what each other are playing.

All three songs they played are super funky. "Everybody Knows That" is a super uptempo jam with intricate work by the rhythm section to keep things moving at such a fast pace with intricate riffing and changes. The song, "Millvale," harkens to New Orleans funk with it's big beat, bouncy groove, and super soulful lead performances. At the end of the song, Denson gives credit to Millvale, perhaps referencing the town in Pennsylvania where the and played about 6 weeks ago. The last tune, "New Ammo" is another fast song with a lot going on. Denson plays his saxophone with deft technique, making it squeak and squeal in ways that somehow sound sweet.

JamBase has been an inspiration to Zumic, and we absolutely get behind their motto: GO SEE LIVE MUSIC!

"Everybody Knows That"
"Millvale"
"New Ammo" 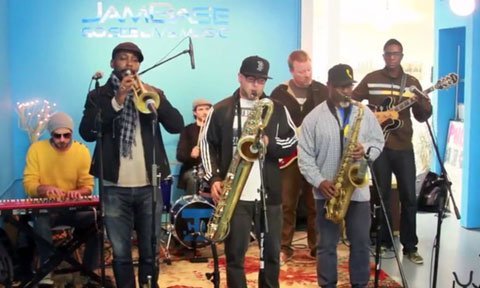 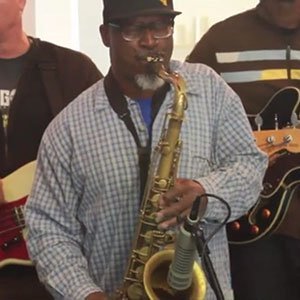