Set in a dark room with nothing but a flame and a blue wig, Katy sets her coveted blue wig on fire, leaving us in anticipation of her new musical direction. The video, titled "Roar - Burning Baby Blue," an example of simplistic genius, shows us Katy Perry is moving in a more mature direction than her Teenage Dream years.

The announcement of "Roar" comes only a few days after Perry launched a "Golden Truck" campaign in Los Angeles. Katy Perry took to the highways by way of semi tractor trailers to announce to fans that she will be releasing her third studio album entitled Prism, October 22nd. "Katy Perry • Prism • October • 22 • 13" was written on the sides of the gold semis. Confirming this via Twitter, Perry also asked fans to tweet her pictures of the truck promising retweets.

Katy Perry also revealed the album artwork for Prism below: 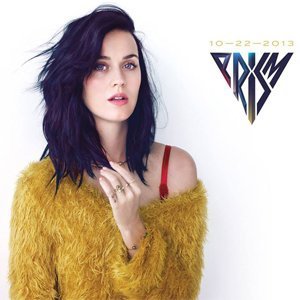 Let's hope Prism will live up to the record breaking and history making Teenage Dream with more than five number one singles! 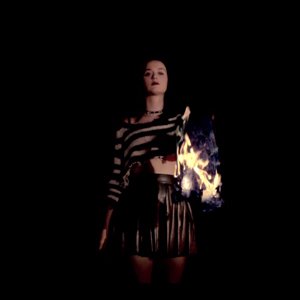 "Small Talk"
Katy Perry (YouTube)
Music Pop Katy Perry Lyrics Video
2
885
Back to top
You must be logged in to upvote things.
Registration and login will only work if you allow cookies. Please check your settings and try again.