Passing over hip-hop heavyweights like Kanye West and Jay Z, GQ has named Kendrick Lamar Rapper of the Year for its upcoming Men of the Year issue in December. The magazine has also released a short clip online featuring the rapper freestyling while sporting a dapper new suit. Check it out in the video above.

In the article, GQ writer Steve Marsh catches up with Kendrick, gaining insight into his life and influences. Among other topics, the rapper discusses the aftermath of his now infamous verse on Big Sean's "Control," which made major waves in the hip-hop world over the summer. It seems not everyone has recovered from Kendrick's "backhanded tribute:" Kendrick notes how his relationship with Drake has hit a rough patch because of the verse, and East Coast kingpin Diddy vented his rage by allegedly attempting to douse the rapper with his drink at a VMA afterparty.

Kendrick has enjoyed a meteoric rise to fame, but the article reveals that he remains very connected to Compton, where he grew up. The old neighborhood weighs heavily on his music:

Much of Kendrick's music now is an attempt to transcend his ravaged world without separating himself from it in judgment, about somehow gaining control over his household's chaos—some of his uncles were Crips, and his father was reportedly a Gangster Disciple in Chicago before moving to Compton—and over his neighborhood's warped commitment to adolescent pride

You can read about all that and more in the full GQ article. 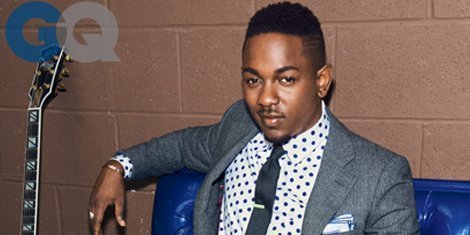 "All The Stars"
Kendrick Lamar & SZA (YouTube)
Music Film Hip Hop R&B Kendrick Lamar SZA Al Shux Anthony Tiffith Sounwave
1
1056
Back to top
You must be logged in to upvote things.
Registration and login will only work if you allow cookies. Please check your settings and try again.