Kendrick Lamar stopped by The Tonight Show Starring Jimmy Fallon last night, reminding everyone exactly why he is currently one of the biggest names in the music industry. Watch the interview and performance below:

Jimmy Fallon brings up that Kendrick currently has 11 Grammy nominations for To Pimp A Butterfly, which is a new record for a rapper in a single year. This puts him in close competition with Michael Jackson's all-time record (he had 12 Grammy nominations for Thriller in 1984). Lamar admits that he "can't fathom being as great as Michael, without putting out the work."

K Dot also mentions that he used to be a video game guy, and enjoyed old school consoles like Sega Genesis and Nintendo, before turning his attention more to music. The rapper now currently blows off steam by rapping a lot and writing a lot of raps.

After the interview, Lamar commanded the stage with an amazing poetic performance of a funk and soul fusion track being called "Untitled 2" which follows his "Untitled" performance on the Colbert Report in 2014. The song builds in intensity until Lamar finishes off with an exuberant outro. The track centers around the black experience and struggle to maintain financial security:

My home girl got a credit card scam
She got a scholarship to college but she don’t give a damn
Intuition got a black woman wishin'
She sayin' this on the phone with the noodles in the pan
I know you, woman, I console you, woman
You feel like the universe owes you, woman
Oh the anticipation, hoping you could make it
Women don't prosper chasing education
But you're talented, and can't handle it
And your homegirls can't be your manager
365 times four, plus more
Can't get it right, tell me, do you got the stamina?
But ain't no money like fast money

Kendrick's 2015 album, To Pimp A Butterfly, is available on Amazon. You can also stream it here on Zumic. 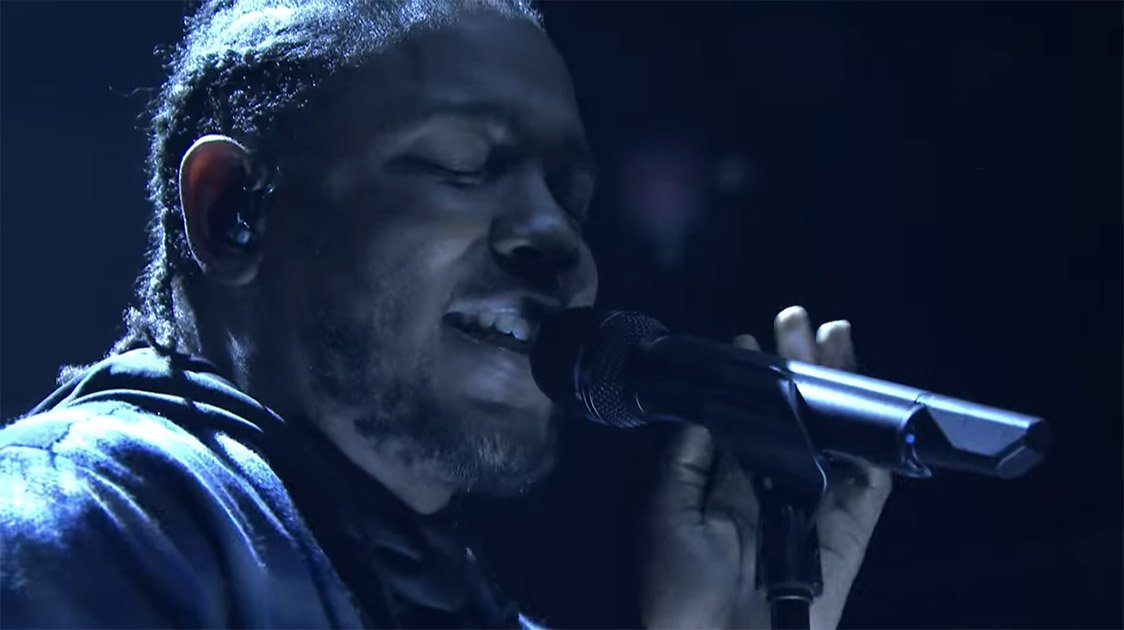