Kermit Ruffins, the renowned traditional jazz trumpeter and co-founder of New Orleans institution Rebirth Brass Band, began a three-night residency at The Blue Note jazz club in New York City on Friday, September 8. Known for his cheeky charisma, polished improvisational chops, and trademark "All Aboard!" catchphrase, Ruffins is in the midst of a hectic stretch. He recently performed in Houston (his part-time residence) for Hurricane Harvey victims, and is simultaneously gearing up for an album release slated for September 22 with fellow New Orleans trumpeter Irvin Mayfield called A Beautiful World.

While such a frenetic schedule might've assumedly stifled the bandleader's spirit, Ruffins was all smiles at The Blue Note.

Eccentric, endearing, and manageably erratic, the event was unconventional from the very beginning. At around 6:45 pm, Ruffins meandered down 3rd street towards the club, where an expectant brass ensemble immediately began arranging themselves upon the trumpeter's arrival. Following a few excited formalities, which included one band member who had been previously-scheduled to perform alongside Ruffins at last year's rained-out Wonderful World Festival in Corona Park, the group launched into a raucous sidewalk dixieland jam that drew a crowd large enough to bottleneck the oncoming street traffic, with a glowing Ruffins willfully documenting the affair with his phone.

The band members were part of the Local 802 American Federation of Musicians, and had cleverly organized around Ruffins' performance to protest what they consider to be unfair labor practices at Danny Bensusan's establishments, which include The Blue Note, B.B. Kings Blues Club, and The Highline Ballroom. Specifically, the unionized cohort, outfitted with a mobile LED billboard truck displaying the owner's face alongside their accusations, was protesting the wages instituted by R&S Construction Contracting at Bensusan's new property located at 125 7th Avenue South.

After a few brief tunes and an efficient distribution of fliers, the union insignia adorning the tuba's bell was eloquently contextualized by the performers. It was at around this point that Kermit shuffled into the venue, and most of the crowd dispersed.

Despite the unconventional welcome, the performance initially kicked off without a hitch. As expected, Ruffins' set list was largely a playful compilation of traditional jazz standards popular among New Orleans musicians, foregoing the mostly contemporary track listing of his upcoming record. The show opened with a cozy, abbreviated rendition of "Sleepy Time Down South" before heading into the lovable tune "On The Sunny Side of the Street" (with Ruffins purposefully disordering the lyrics to "On The Side of the Street That's Sunny"). Ruffins continued with faithful versions of the upbeat "Marie" and Fats Waller's "Ain't Misbehavin'."

After introducing his band, The Barbecue Swingers, (featuring the incredible Yoshitaka Tsjiu on piano, Kevin Morris on bass, and Jerry Anderson on the "boom booms"), Ruffins engaged in some lighthearted banter with the audience, poking fun at Trombone Shorty and letting the crowd in on how intoxicated he happened to be feeling.

The group then commenced an epic take on "St. James Infirmary," with Ruffins using his hand as a plunger for added flavor. However, the performance subsequently took a rather atypical turn. Kermit obliged the requests of two lucky patrons and performed "New Orleans Lady," which was humorously ad libbed since the trumpeter clearly did not recall all the lyrics, and "Basin Street Blues," which was reassuringly intricate and pleasant in comparison, with a few virtuosic tidbits for the crowd to gawk at in admiration.

Leaving everyone in the audience to contemplate the frontman's preparatory activities, the band stumbled into a clunky cover of R. City and Adam Levine's "Locked Away," because Ruffins had heard it on the radio earlier that day. Never short on charm, Kermit improvised an answer to the lyric "If I got locked away, and we lost it all today, tell me honestly, would you still love me the same," with a sarcastic "No, probably not." Following the spontaneous interjection, the band played a coherent and enjoyable version of Stuff Smith's "If You're A Viper," with Kermit's solo subtly interposing the melody of the Christmas tune "Sleigh Ride."

Ruffins took a short break, leaving the performance in the capable hands of Tsjiu for a breathtaking Horace Silver cover. The group then handed the mic to fledgling vocalist Nayo Jones, who has been touring with The Barbecue Swingers. Jones carried the next three songs with precision and finesse, covering Etta James' "At Last" and the melodic crowd-favorite "Fly Me To The Moon." The bandleader retook the stage to conclude the show, officiating an impromptu second line with a medley of the anthemic Rebirth Brass Band tune "Do Whatcha Wanna" and John Boutte's "Treme Song," which is the theme track for the Kermit-featured HBO show Treme.

The evening was an imaginative exercise in unpredictability, and isn't that what jazz has always been about? While the performance occasionally appeared disorganized, it more than compensated the audience with a memorable and quirky experience brimming with musical diversity.

Kermit's new album, titled A Beautiful World is out this Friday via Basin Street Records. Check back on Zumic for a full review later this week. 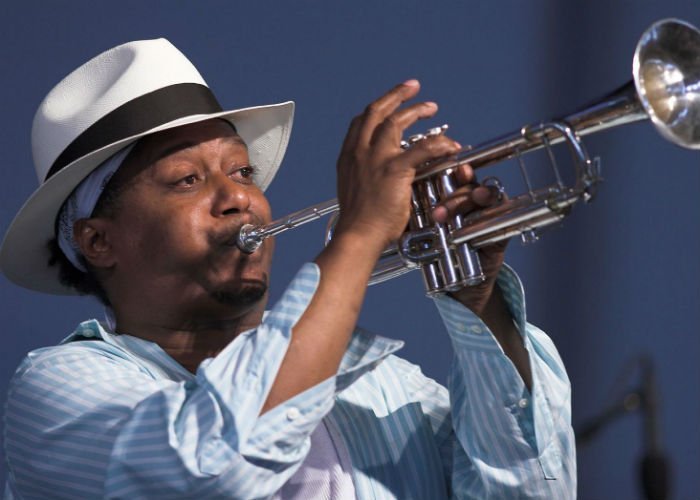 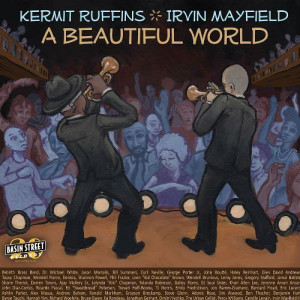 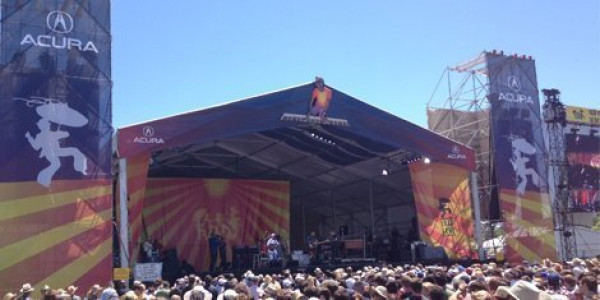