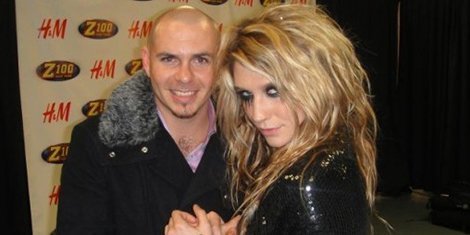 Ke$ha loves animals, and she just announced she'll be touring through the United States and Canada with Pitbull.  The two have collaborated on remixes for "Tik Tok" and "Girls".

Tickets for this summer party go on sale to the General public on March, 29th at LiveNation.com.