Many songwriters have been able to spin relationship heartache into music gold. MTV caught up with Ke$ha to get the latest on how she's doing just that. When spilling the beans to James Montgomery on the inspiration behind a new song she wrote titled "U Suck Ass," the animal said "I recently had this boy just be a total piece of sh--, douchebag piece of garbage. He's just a lying sack of sh--, balls, sh-- -filled b---sack, he's just a giant pair. And he has a tiny penis, and he sucks real bad, so I'm writing about that."

MTV was kind enough to redact or bleep out the "douchebag's" name when mentioned by Ke$ha, however the singer reveals the ill fate awaiting any future boyfriend that crosses her, "Don't f--- with me. Out of all the bitches to f--- with," she warns. "I'll write a whole album and tell somebody in an interview all about you. 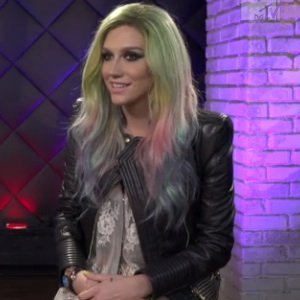