Kendrick Lamar has released the video for "King Kunta," his latest single off To Pimp a Butterfly. The video was shown for the first time in Times Square last night on a Beats By Dre billboard.

The video takes place in Compton, California, where Kendrick is from. He said in his recent interview on Hot 97 that he wanted to shoot the video in Compton to show the citizens what level of success is obtainable. He did this by bringing cameras and video production to a neighborhood that is better known for its gang violence. Kendrick also talked about shooting at the soon-to-be-shutting-down Compton Swap Meet with The Cruz Show on Power 106.

Shot by Director X, who has also worked with Kanye West and Drake, Kendrick and company are seen dancing in the street, rapping in the corner store, and riding around in a lowrider. The song and the accompanying visual revisit the classic G-funk style that came out of Compton in the early '90s.

To Pimp A Butterfly is available for order on Amazon (CD, MP3), but you can also stream the full album on Zumic, via Spotify. 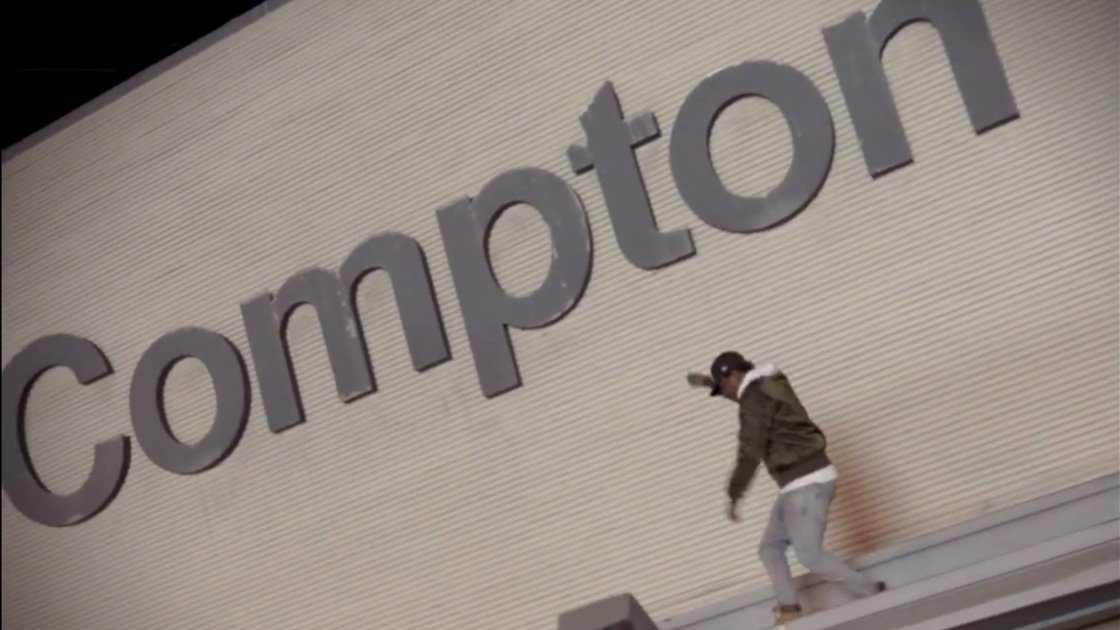