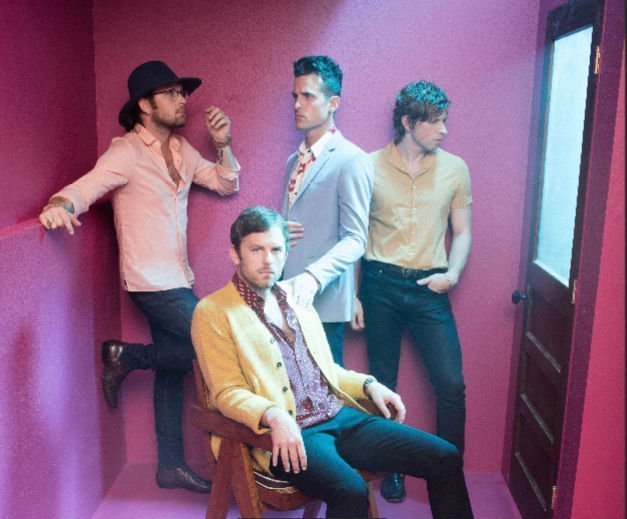 Rock group Kings of Leon recently released their seventh studio record, WALLS, on October 14. Along with the drop and celebration of the new album came the announcement of a short tour to kick off 2017.

It's a select tour, with five stops currently scheduled in the UK and ten stops in cities across the USA including New York, Boston, Chicago, Detroit, and San Francisco, before wrapping up in Los Angeles at the end of the month. Tickets to see Kings of Leon are averaging around $140 on the secondary market for the tour as a whole.

Kings of Leon's 2017 tour begins on January 12 at the brand new National Harbor MGM Theater in Maryland. Their stop at Wells Fargo Arena in Philadelphia, Pennsylvania on January 19 is averaging $124.03 from resellers, with the cheapest tickets available for $42. The next day, the band will move up to New York City’s Madison Square Garden, not surprisingly the priciest concert, where tickets are averaging $174.52, and least expensive can be found for around $90.

After crossing the country, the tour will wrap up with two dates in California. On January 27, they will hit the Bill Graham Civic Auditorium in San Francisco, where the average reseller ticket price is $134.76. The following day, they will appear at The Forum in Los Angeles for their final performance. Tickets for the last stop on this short route are currently averaging $132.41 on the secondary market, according to the data provided by TicketIQ.

Kings of Leon released their first single, “Waste A Moment,” off their new record back in September. Since then, they have released three other tracks off of WALLS, which is also referred to as “We Are All Like Love Songs,” including the title track, “WALLS,” “Around The World,” and “Reverend.”

Kings of Leon headlined Firefly Music Festival this summer, as well as the Saturday evening portion of Lollapalooza Europe. This follows the band's Mechanical Bull album in 2013, which received a nomination for Best Rock Album at the 57th Annual Grammy Awards and was followed by an extensive world tour into early 2015.