If you missed the AmEx Unstaged live stream of Kings Of Leon performing from London on Friday, you're in luck. You can watch it online courtesy of Vevo.

Fred Armisen plays host on this American Express Unstaged episode from his Portland location, just a few thousand miles away from the show in London. After Kings Of Leon finish performing "Use Somebody," they exit the stage, climb a set of stairs, and pass a live stream of Fred on a screen secured to the staircase. At this point, Fred comically and flatly rouses viewers of the streaming show to clap for an encore performance before introducing Jocelyn and Laura who are with Fred in Portland. They perform a version of "Supersoaker" on acoustic guitar, violin, and clarinet as the guys from KOL watch from backstage in London. After some comical banter between Kings of Leon and Fred Armisen, enjoy an encore performance including "Radioactive," "Sex On Fire," and "Black Thumbnail." The entire concert ends on a brilliant and hilarious note as Kings Of Leon attend the awards ceremony for the best member of Kings of Leon in a pre-filmed video segment. 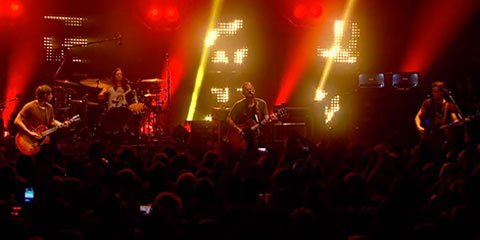 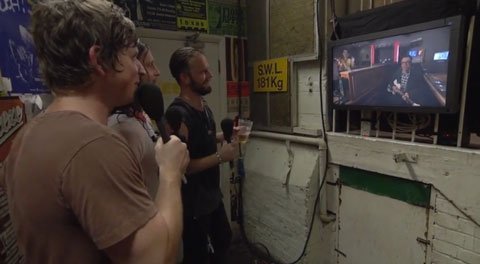 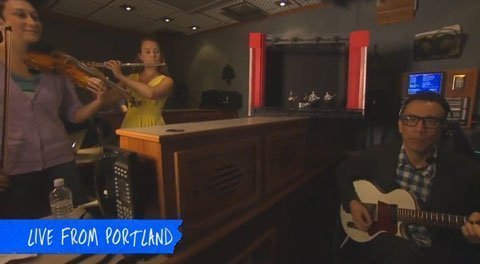 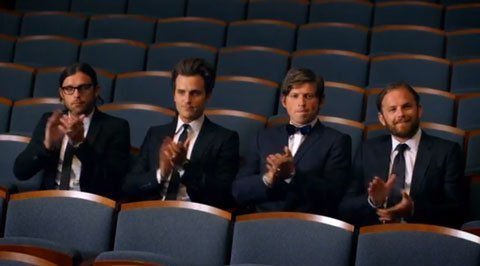