"All I Know" - Washed Out [YouTube Official Music Video]

Washed Out's standout track from his sophomore album, Paracosm, now has an accompanying official music video. If you thought the song itself was chillwave, the video is even chillier, evoking feelings of heartbreak and loss. A one-minute and twenty-second intro featuring two friends discussing a recent breakup sets up the main attraction: a road trip to find the girl responsible for Victor's heartache. Upon finding the responsible party(s), the devastated Victor does what any depressed, angry, emotional, and normal teen would do. He wildly swings a baseball bat at his ex-lover's new lover, duh. However crazy and entertaining that may be, it's impossible to ignore Victor's hurt. Washed Out's luscious soundscape is a perfect soundtrack for this harrowing adventure.

Published on Oct 25, 2013
Directed by Daniel Kragh-Jacobsen; produced by Urban Outfitters. From the new Washed Out album Paracosm: http://bit.ly/12fKJsh. Read a UO-exclusive interview with the director at http://bit.ly/1fXzX66. 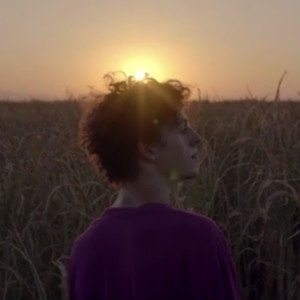 "New Theory" - Washed Out Live at Coachella Festival 4.12.2014 [Y...
Music Chillwave Electronic Indie Pop Synth Pop Georgia Washed Out California Indio, CA Live Performance (Video) Perry, GA
1
906
Back to top
You must be logged in to upvote.
Registration and login will only work if you allow cookies. Please check your settings and try again.