Yes, yes, and yes! "Krazy" is the latest and hottest track to be released by Lil Wayne in the lead up to his Tha Carter V album.

The single "Krazy" was first premiered by Los Angeles Clippers player Chris Paul on his Twitter profile and has already generated 684 retweets and 470 favorites; and counting.

The song is driven by the classic Weezy bass rhythms and colorings of instrumentations that layer the new party track. His raps are as crisp as ever and Lil Wayne fans can rap along to the track with the lyrics above.

The first single Lil Wayne released from his upcoming album was "Believe Me" with his Young Money signee Drake, followed by "D'Usse."

There is still no confirmation as to when the highly anticipated Tha Carter V will drop, but we do know there will be two albums as he revealed in his Weezy Wednesday's segment; "This year, not only will I be dropping Tha Carter V — I'm dropping two albums." This is exciting news for Weezy fans, especially in the lead up to his tour with Drake.

To check out all the tour dates head to Lil Wayne's Zumic artist page for all the details. 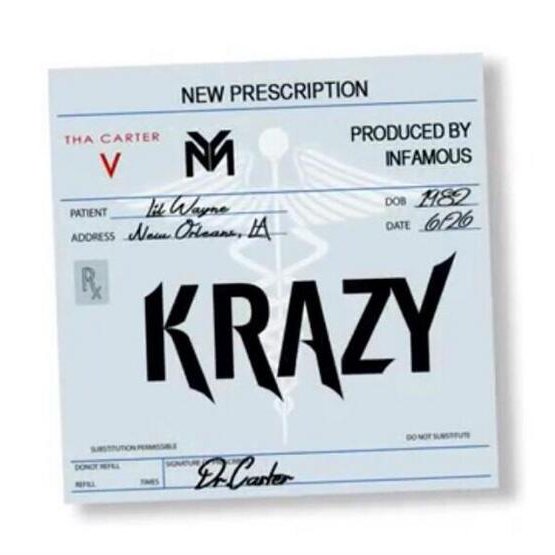