"Kudos To You!" - The Presidents Of The United States Of America [Spotify Album Stream]

The Presidents Of The United States Of America are back and their sixth studio album continues their immaculate legacy. Kudos To You! was just released on their own PUSA Inc.

Although the band broke up, got back together, and said 2008's These Are The Good Times People was going to be their last record, they headed into the studio last year and emerged with an album. It was funded by fans via PledgeMusic and they posted this statement on their website:

This year we turn twenty one. That’s as old as a law-abiding U.S. drinking person! We’ve been around the world, around the clock, and around the block. It’s been a heck of a ride, and a big reason we’re still able to bring the joy is that we’ve settled into a nice full/part time schedule that keeps us fresh and keeps the whole of our wholenesses intact! At the time of it’s release, we thought there was a good chance 2008’s These Are The Good Times People would be our last ‘real’ record. That’s why when we booked a couple days at our favorite Seattle studio this October we weren’t expecting much. The idea was: no plan, no material, and no stress. WHOOPS…..

To say things went well is an understatement. We CRUSHED it. So we booked a couple more days in November. Crushed it! SOOOOO….here we are in the midst of finishing a BRAND NEW PUSA RECORD! And here’s where Pledgemusic comes in...we aren’t looking for a label, just a way to get this right into your hands, hard drives, and phones. And they are going to help with that. It’s just us and you! And them, I guess...

Fans of the '90s Presidents will delight in the clean, melodic, schizophrenic rock and roll showcased on Kudos To You! With chilled out jams like "Crown Victoria" and fun rockers like "Finger Monster," there's something for everybody, provided you like nerdy tunes with ludicrous lyrics. Their diversity and brilliance is showcased throughout: "Crappy Ghost" is a Danzig song on mushrooms while "Poor Little Me" continues Ween's tradition of writing an excellent country song with hilariously out of place lyrics.

As a whole, the record is first-class callback to the alternative rock of the Clinton administration, with moderately updated sensibilities and spectacular production. "Ohio" and "Good Morning Tycoon" are stylistically nostalgic tracks and "Truckstop On The Moon" acts as the perfect album closer. Stream the whole record above. 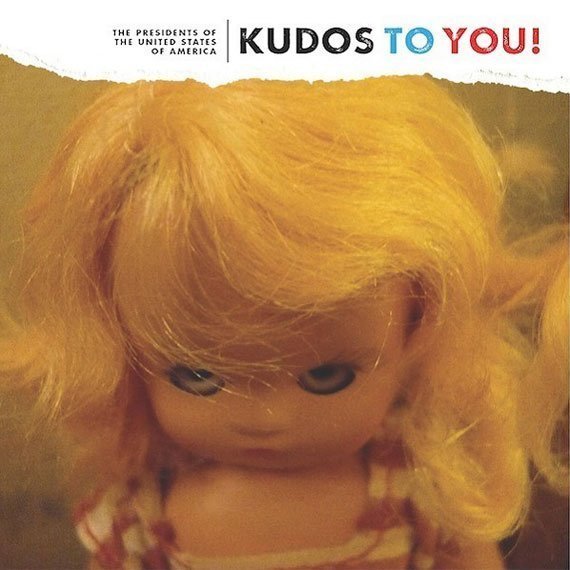