Fame is a tricky destiny. Some yearn for it, while others don't. Sometimes it happens by accident, while others work their whole lives in the hopes of achieving it. In the case of former Nirvana frontman Kurt Cobain, it got thrust on him when the band's 1991 studio album Nevermind catapulted to the top of the U.S. charts and brought grunge music into the mainstream spotlight.

Kurt Cobain - Montage of Heck: The Home Recordings is an intimate look at the home recordings of Kurt Cobain. The deluxe edition spans 31 tracks over 71 minutes (there is also a condensed version, which is 13 songs over 33 minutes), giving fans an inside look of Kurt's creative process during his formative years. These solo recordings and audio fragments were compiled by director Brett Morgen for the soundtrack to the Cobain documentary film Montage of Heck, mostly from tapes made while living with then-girlfriend Tracy Marander and home videos while he was with Courtney Love.

In an interview with Rolling Stone, director Brett Morgan describes what he intends the album to accomplish:

I curated the album to create a feeling that the listener was sitting in Kurt's apartment in Olympia, Washington, in the late Eighties, and bearing witness to his creation.

The audio quality on Kurt Cobain - Montage of Heck: The Home Recordings is surprisingly good, given the fact of how these tracks were recorded. Early demos of the 1989 Bleach song "Scoff," the 1991 Nevermind track "Something In The Way," the 1992 Incesticide track "Been A Son," 1993's In Utero cuts "Sappy" and "Frances Farmer Will Have Her Revenge," are gold nuggets in terms of hearing them in their rawest forms.

You'll hear that many of the audio tracks feature Kurt on either acoustic guitar, unplugged electric guitar, or bass. A cover of The Beatles "And I Love Her" has a haunting beauty about it that perfectly suits Kurt’s persona.

Tracks like "She's Only Gone," "Poison Gone," "Letters To Frances," and "Desire" are a few examples from this release that never found their way onto a studio album, although they sound complete.

Tracks like "1988 Capitol Lake Jam Commercial" and "Montage of Kurt" aren't songs per say, but more like comedy skits, and "Aberdeen" features Kurt openly talking about marijuana, a girl's vagina, and his upbringing.

This release is not the best starting point for someone who is just discovering the music of Kurt Cobain and Nirvana. Rather, this is geared towards the hardcore fan and curious historian who wants to dig underneath the surface to understand the brilliant artist who would go on to change the face of popular rock music. There's no doubt Cobain was a talented, emotional performer and songwriter, but he was also immature, insecure, and ultimately self-destructive.

Pick up Kurt Cobain - Montage of Heck: The Home Recordings on Amazon (Vinyl, CD, MP3). You can also stream the full deluxe album above, via Spotify.

The Montage of Heck documentary film is also available on Amazon (DVD, Blu-Ray).

For the latest music and news about Nirvana, check out their Zumic artist page. 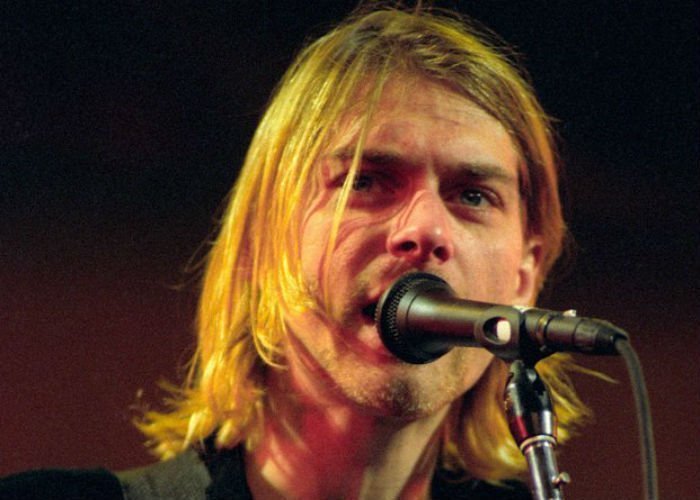