WARNING: VIDEO IS NOT APPROPRIATE FOR YOUNGER OR MORE SENSITIVE VIEWERS

Lady Gaga made history last night at SXSW in Austin, with one of the most vile and disgusting acts ever done on stage during a music performance. Watch the full uncensored video above, taken from a Fuse TV broadcast of the event.

During the performance, Gaga sat at a drum kit with a white apron on. While she sang the song "Swine," a woman named Millie Brown drank a large bottle of bright green liquid. As the song went on, Brown stood over Gaga and started putting her fingers down her throat to induce vomiting. After several attempts, she vomited on Gaga during the performance.

Then the two made their way over to a mechanical bull dressed up as a mechanical pig. They embraced each other while the band played a dissonant jam that sounded like someone falling down the stairs. Gaga yelled into the microphone, "Fuck you, pop music. This is Art Pop. Free yourself!" Afterward, she hung her soiled white apron on some type of apparatus on stage. 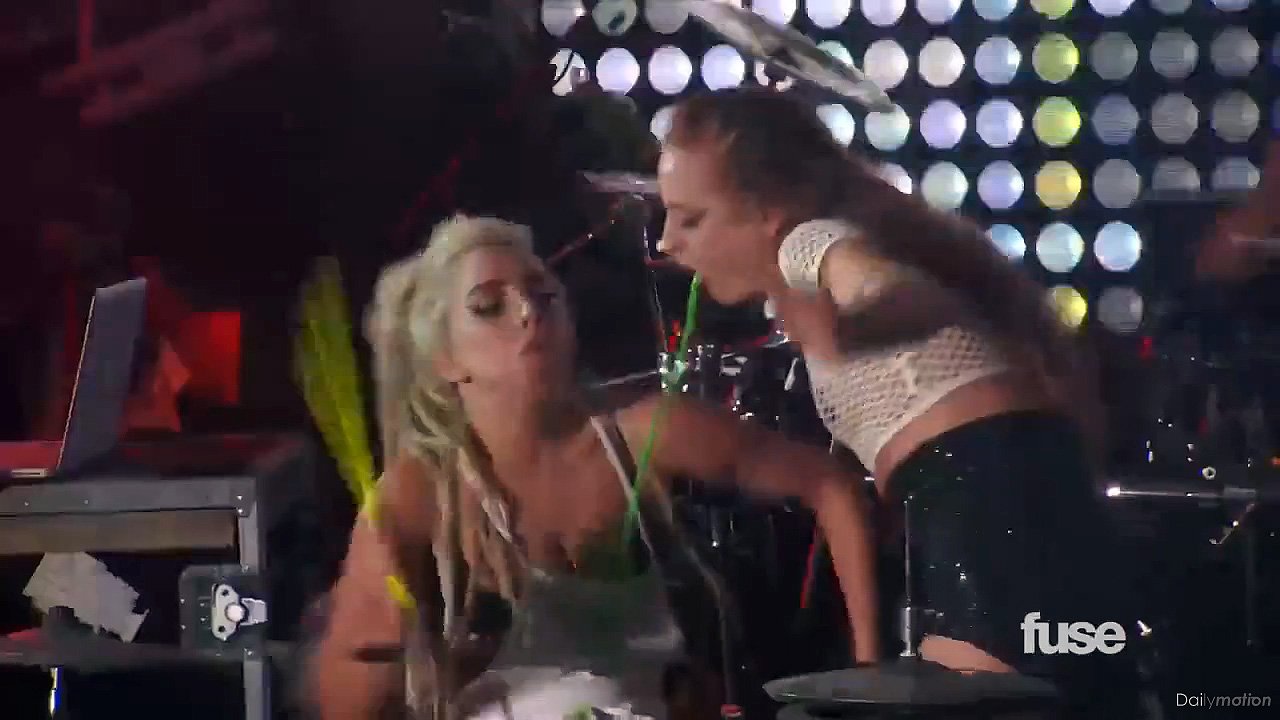 The Hollywood Reporter claims that Doritos paid handsomely for the event, and were unhappy with the result. One Doritos executive said "I paid [her] $2.5 million, I better hear 'Alejandro.'" She did not play that song, or any of her big hits from the earlier part of her career. The ARTPOP heavy set was capped by an encore that Gaga prefaced by saying, "And now, because we were told we really have to, we’re gonna play a song called ‘Applause.'"

In my opinion, it's a sad moment for pop music when one of the most well known and biggest money making artists is resorting to publicity stunts like this. It's especially disturbing because of the amount of marketing that Lady Gaga directs at children.

What do you think? Is this art, or is it a sad call for attention? Let us know in the comments.

Lady Gaga Extends 2019-2020 Las Vegas Residency Dates and Details...
Tickets Dance-Pop Jazz Pop Lady Gaga
3
6326
Back to top
You must be logged in to upvote things.
Registration and login will only work if you allow cookies. Please check your settings and try again.