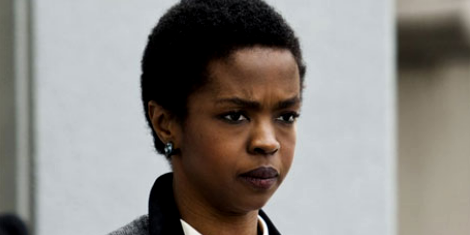 Yesterday, singer-songwriter and rapper Lauryn Hill began serving a sentence in a Connecticut state prison. The New Jersey-born musician is a former member of the Fugees, though she is better known due to her enormously innovative and timeless 1998 eponymous debut solo effort, The Miseducation of Lauryn Hill - following the release of her debut album, Hill pulled back from the spotlight in order to care for her children and family.

Last year, Hill pled guilty to charges of tax evasion, which totaled around $1.8 million for between the years 2005 and 2007 - and, after taking into account unpaid state and federal taxes from years 2008 and 2009, the total owed was increased to $2.3 million. It is suspected that most of her earnings came from music and film royalties.

Hill's attorney had initially sought probation, arguing (according to Rolling Stone) that her charitable works, family circumstances and the fact she paid back the taxes she owed merited consideration. The presiding judges refused.

At her sentencing hearing, Lauryn Hill articulated her situation for failing to pay taxes "during a period in which she'd left the music industry in an effort to protect herself and her children." Assitant U.S. Attorney Sandra Moser declined to accept her justification.

[Moser] noted Hill's creative talent and charity work on behalf of impoverished children, but called Hill's explanation for her actions "a parade of excuses centering around her feeling put-upon."

Earlier this summer, ostensibly to help raise the financial funds to fight her case, Lauryn released out her first single in years entitled "Neurotic Society". Check it out below:

Once her three month sentence has been served, Ms. Hill still faces a year of probation beginning with three months on house arrest.

"Nice for What"
Drake (YouTube)
Music Big Freedia Drake Lauryn Hill Letitia Wright
3
1869
Back to top
You must be logged in to upvote.
Registration and login will only work if you allow cookies. Please check your settings and try again.