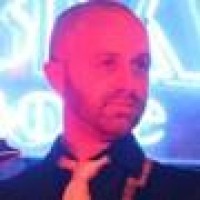 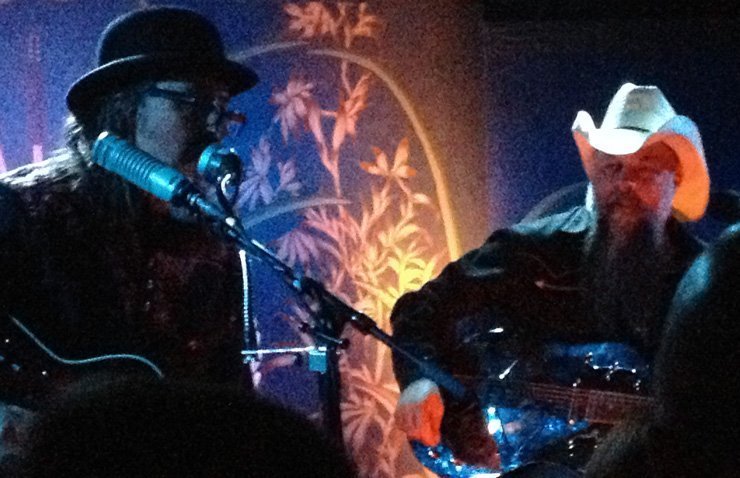 Wednesday night was the first of two nights at Manhattan's McKittrick Hotel for Les Claypool's latest side project, Duo de Twang, his country/folk/Americana duo with M.I.R.V. guitarist Bryan Kehoe. The McKittrick Hotel, best known as the venue where the play Sleep No More takes place, provided an interesting atmosphere for the show. Waiting outside in the cold was no picnic, and when the cold stopped the elevator doors -- that interestingly open up onto the street -- from working, people's patience began to wear thin. But eventually we were let inside and went upstairs to bar/lounge with a small stage and a vaudevillian, speakeasy-esque feeling. And it was warm, which was a definite improvement.

At 11:00, Puddles the Clown, a giant, sad clown took the stage for a surprisingly operatic take on "The Star Spangled Banner." That sad clown can sing though, there's no denying that. It was a brief opening act, with everyone joining in on celebrating America, after which the curtains came up and the Duo de Twang emerged.

Duo de Twang's first album, Four Foot Shack, came out earlier this month, and the show was pretty much a performance of the album. The music can best be described as Americana covers of songs both by Claypool as well as a varied assortment of other artists. You can listen to the album here, thanks to Spotify, and get a feel for the show from the comfort of your home.

They opened the set with the much-loved Primus song, "Wynona's Big Brown Beaver," which was quite appreciated by a room full of Primus fans. It was a small venue, and the intimate setting gave the show a low-key, laid back feeling. At times it was more like a friendly get-together than a show with world-famous musicians. Claypool and Kehoe had a friendly back-and-forth with the audience and each other. Highlights include Claypool asking for a audience member's Jethro Tull shirt because he wanted to give it to his manager, who hates Jethro Tull. He gave Claypool the shirt, and was promised a Duo de Twang shirt in exchange.

The duo kept it light and played a wide variety of covers, including "The Bridge Came Tumblin' Down," by Stompin' Tom Conners, or as they called him, the "Johnny Cash of Canada," which they did to celebrate Johnny Cash's birthday. The strangeness of this logic made some amount of sense later, when they did Cash's "Cocaine Blues" as well. They also did a foot-stomping, country-twang version of The Bee Gees' "Stayin' Alive," which Claypool said provided his only knowledge of what New York was actually like back when he was growing up in the East Bay.

Aside from other artists' works, Claypool and Kehoe also played a good deal of Claypool's catalog, such as the Frog Brigade's "D's Diner" and "Buzzards of Green Hill," as well as ending the set with Primus favorites "Jerry Was a Race Car Driver" and "American Life."

Photographer Danny Clinch joined the duo onstage with a harmonica for a few songs, and Puddles the Clown returned for a sing-off with Bryan Kehoe during a very la la-filled version of "Pipeline" by The Ventures. 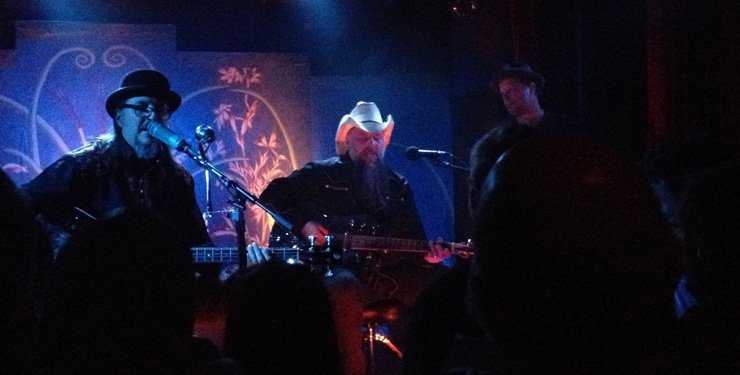 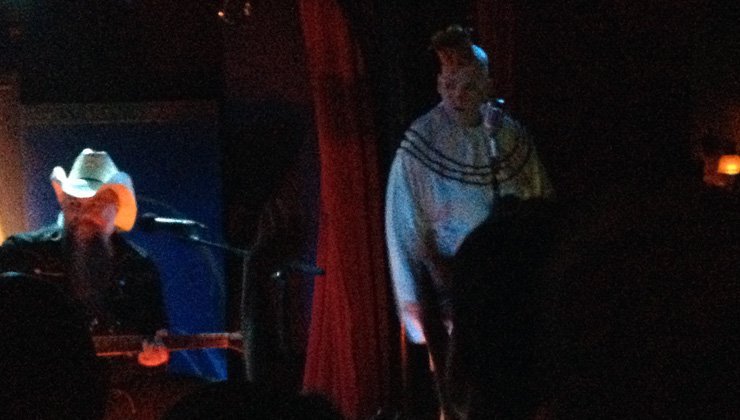 Closing out the night with a heavy dose of Americana, Duo de Twang ended the show with Johnny Horton's "The Battle of New Orleans." All in all, it was a very low-key, folksy show, and if you get a chance, you should catch them on their tour while you can. It's probably as close as you'll come to a private show with guys this big.

You can buy Four Foot Shack on Club Bastardo or on iTunes.

For the latest Les Claypool music, news, and tour dates, check out his Zumic artist page. 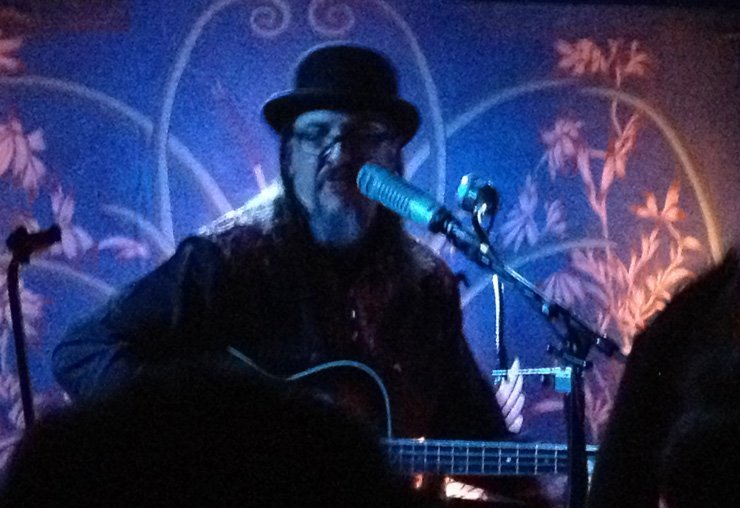