After a lot of success with sophomore album In Ghost Colours, and positive feedback on third effort Zonoscope, Cut Copy is back for round four. Today they officially released a studio-recorded version of their new single "Let Me Show You," along with a mind-bending video for it that will have you seeing funny for at least a few minutes after. Warning: Don't watch if you are prone to seizures.

Cut Copy released a special 120 vinyl copies of the song, pressed on-site at Pitchfork Music Festival, but this is the first time that the group has made the song widely available.

We don't have much news on the new album, other than there is going to be one, according to Spin, and that another song on the album is called "Explorers." You can watch Cut Copy play "Explorers" live in Charlottesville, VA here.

You can watch the new video for "Let Me Show You" above. If you are prone to seizures, you can play just the audio below. The song is pretty great, and definitely dancey. I think I'm still seeing flowers. 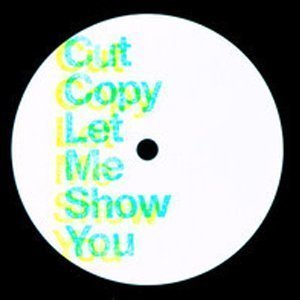