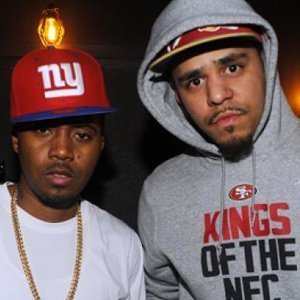 J. Cole's apologetic mega-hit "Let Nas Down" has become somewhat of an anthem, as well as one of the many highlights off his new album, Born Sinner. The song expressed how much Cole was a Nas fan, however, supposedly let him down with his single "Work Out," which Nas hated.

However, Nas responded back, using the same instrumental as the original and rapped about how he wasn't disappointed, and had in fact always supported him. In the remix he raps the following line: "Now I’m playin’ Born Sinner loud, so you live rock the crowd // Like wow, you made your nigga Nas proud."

A major turning point for J. Cole, he tweeted the following message:

Today is special. Full circle moment. @nas it's on you

Born Sinner is in stores now, and enjoy the "Let Nas Down" remix above courtesy of Audiomack.