Before today, the only way I could have ever imagined Danny Brown being linked to "Like a Rolling Stone" is if he included a line such as "like Bob Dylan, I'm rollin' stoned" in one of his verses. But now Brown, along with Marc Maron and the casts of Pawn Stars and The Price is Right are the stars of a new, interactive video for "Like a Rolling Stone," the song's first official music video.

The video is set up like cable television browser, with up and down arrows that can be used to switch between channels, each of which contains a "show" in which all of the characters are lip-synching along with "Like a Rolling Stone." You can see the song delivered by historians, news anchors, children's cartoons, and even Dylan himself, in footage from an old concert that appears on a channel called "Mus1c Classics." It's inventive, fun and a great strategy for getting Danny Brown fans to listen to classic rock.

In other Dylan-related news, a previously-unreleased version of his song "Farewell" recently appeared on the Inside Llewyn Davis soundtrack, which you can stream right here on Zumic. 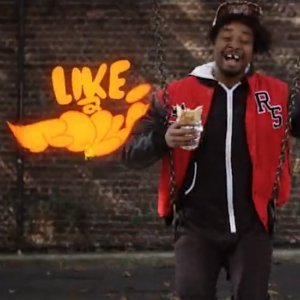 Danny Brown Shares 2019 Tour Dates: Ticket Presale & On-Sale Info
Tickets Hip Hop Danny Brown
1
647
Back to top
You must be logged in to upvote things.
Registration and login will only work if you allow cookies. Please check your settings and try again.