After releasing a new music video for "The Vampyre of Time and Memory," Queens of the Stone Age have released ... Like Cologne, a 3 song EP which Spin reports was recorded in Cologne, Germany, during their September 4 performance at the Kulturkirche.

Even though Spotify says the performance is acoustic, there's obviously electric guitar and bass in there. I know that for sure, because of this cool video of "The Vampyre of Time and Memory" from the ... Like Cologne EP that Matador Records released through their Vimeo page:

The whole EP is a beautiful listen, softer and more intimate than most QOTSA I've heard. The acoustic guitars and piano are warmer and more organic than the hard rocking Queens' that I grew to know and love, but these songs are just as dark and bittersweet. Josh Homme has really developed over the course of making the ... Like Clockwork album as a songwriter as well as a frontman / singer / guitar player. He struggles to really hit those falsetto notes, but that creates an amazing tension in the music. The rest of the band sounds great, too. 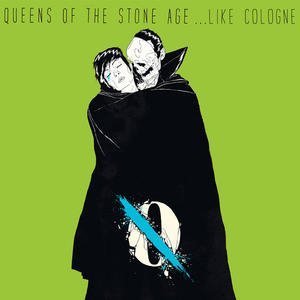 Queens of the Stone Age Add 2018 'Villains World Tour' Dates: Tic...
Tickets Metal Rock Queens of the Stone Age Royal Blood Wolf Alice Canada United States
1
1989
Back to top
You must be logged in to upvote.
Registration and login will only work if you allow cookies. Please check your settings and try again.