New Jersey indie-rock band SPOOK HOUSES released a music video for their latest single, "Living the Dream," released in August on a 7" split with Massachusetts-based Fat History Month. "Living the Dream" is an excellent grungy, upbeat tune, with sludgy-distorted guitars and a high pitched phaser providing a spacey background. The distortion and the vocals seem influenced by both Neutral Milk Hotel and Pavement, giving the entire production a vintage sound. It is cool to see the departure from SPOOK HOUSES' pure rock roots on the previous record Trying, in favor of taking their sound to new levels of strange.

The video feels like a grunge-inspired period piece from the turn of the nineties, combining psychedelic neons with distorted analog special effects that superimpose the guitarists within the crayon-colored static. The flow of color and cartoon illustrations perfectly encapsulate the song's distorted sound in a visual space.

Listen to and download the rest of the SPOOK HOUSES/Fat History Month split from Bandcamp. 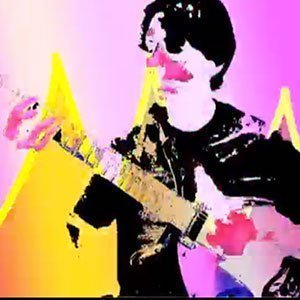 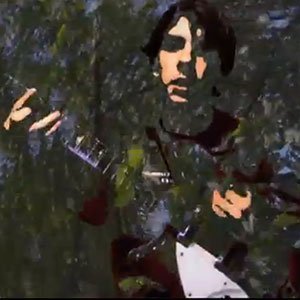 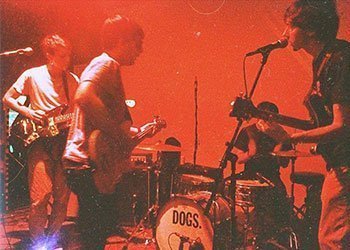