The first out of the A$AP Mob to release an album, A$AP Rocky brings listeners through his world of Harlem living on LONG.LIVE.A$AP. The fashionable rapper details his rags-to-riches story over spacey production, that includes elements of Southern screw music blended with East Coast boom-bap. The mesh of both styles creates a great album from start to finish, with Rocky being aided by his A$AP family, Drake, 2 Chainz, SchoolBoy Q, Santigold, and many more. Production duties are handled by Hit-Boy, Rico Love, Clams Casino, 40, and surprisingly Skrillex.

One of the standout songs on the album, "1Train," features Kendrick Lamar, Joey Bada$$, Yelawolf, Danny Brown, Action Bronson and Big K.R.I.T., making for an all-out rap posse cut. "Suddenly," another standout track on the album, showcases the blend of two regional sounds together at their best. Starting off with the vibe of an old school '90s rap beat, the tune transforms into a Trap style once the bass kicks in. If this is the future of New York rap, the innovative approach by Rocky is a great progression for the coast. 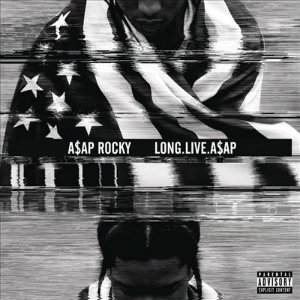