Speaking with VH1, Lorde gave a very interesting backstory about her breakthrough smash hit "Royals" that's dominating airwaves right now. In addition to the obvious references to the actual aristocratic royalty, Lorde says that a picture from National Geographic was an inspiration for the tune. The Kansas City Star did some digging and found this photo of the Royals' star baseball player George Brett taken by Ted Spiegel for National Geographic back in the day: 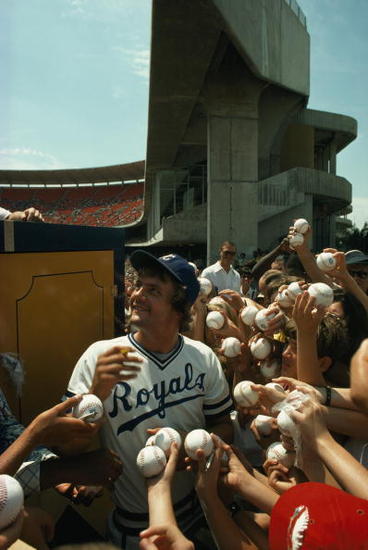 For more information on Lorde including music, news, and tour dates, check out her Zumic artist page.