If you're prone to epileptic seizures, please exercise caution while viewing this video. Yuck, the noise-pop outfit from London, England, have just released an official music video for "Lose My Breath," a track off the band's sophomore album, Glow and Behold. The skittish video features flashing lo-fi visuals and nebulous images of VHS tapes drifting in and out of sight. It's uncomplicated, to say the least, but also quite fitting for the song itself, which is eerily reminiscent of '90s alt-rock.

Perhaps it was the departure of frontman Daniel Blumberg, but the scuzzy and somewhat raunchy energy of the band's eponymous debut is no longer present. The straightforward "Lose My Breath" and its equally undemanding video are, together, indicative of the album as a whole. Sweet, soft, and simple. If you'd like to hear for yourself, you can purchase Glow and Behold via iTunes. For info on tour dates and live shows, check out Yuck's official site. 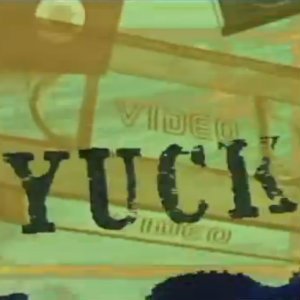 Yuck Live on KEXP 1.24.2014 [YouTube Video]
Music Alt Rock Indie Pop Yuck Live Performance (Video)
1
540
Back to top
You must be logged in to upvote.
Registration and login will only work if you allow cookies. Please check your settings and try again.