For the 50th anniversary of The Beatles' historic performances on The Ed Sullivan Show, bands are playing Beatles songs on The Late Show With David Letterman, which is taped at the Ed Sullivan Theater in New York City. The first band to perform was Broken Bells, doing "And I Love Her" which first appeared on A Hard Day's Night in 1964. They are joined by a Ringo Starr drum loop, as both audio and video, which adds a nice sonic element while giving tribute to the real history of The Beatles. The sample is actually from "I Am The Walrus" and you can hear bits of that psychedelic 1967 gem in there, as well. If this were more of a mashup, you might call it "And I Love Her Walrus."

After the disco taping, the duo sat down with Paul Shaffer for an extended interview. They talk about how The Beatles influenced them, and this performance came together from a technical standpoint with the Ringo Starr drum loop. Danger Mouse's career will always be linked with The Beatles, since he broke out as a household name after mashing up The Beatles' White Album with Jay-Z's Black Album to create The Grey Album. He tells an interesting story about how that all happened. He and James Mercer also discuss Broken Bells' brand new album After The Disco. 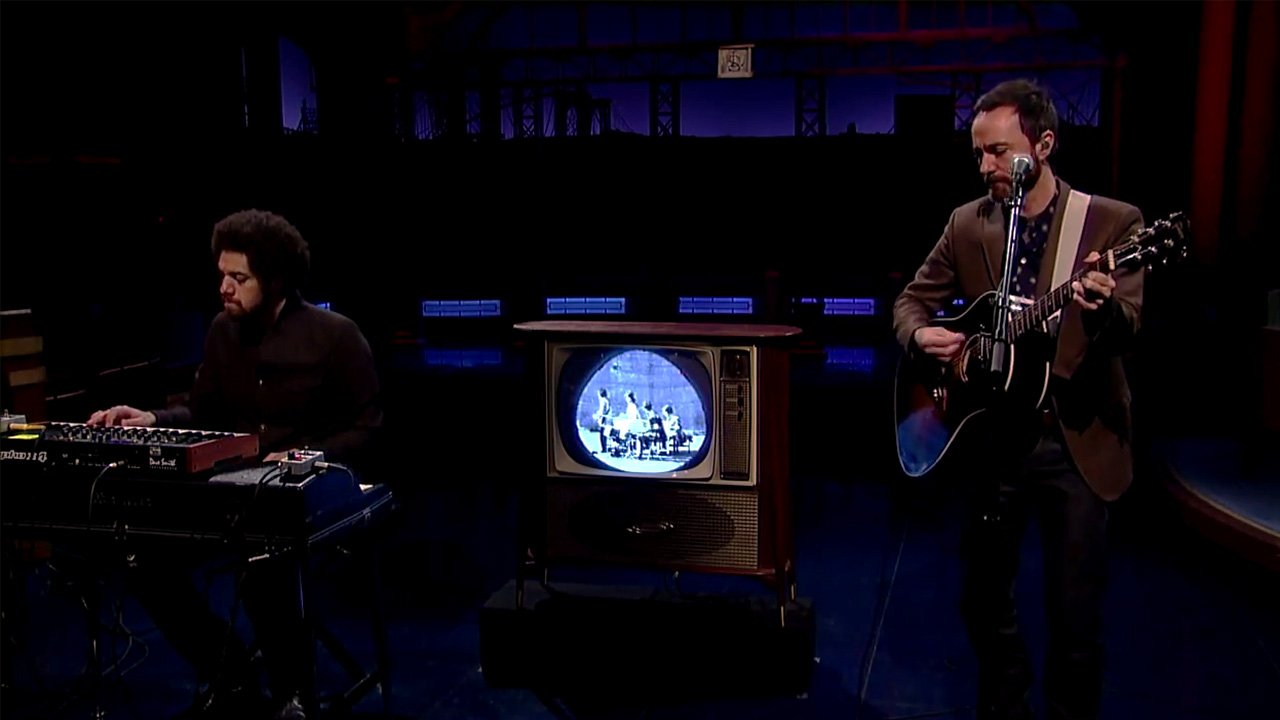