Just in time for Halloween, David Bowie has released a spooky video for the James Murphy remixed version of "Love Is Lost." The song is to be featured on the upcoming extended edition of The Next Day. Not content on scaring viewers with his own antics, Bowie decides to prominently feature his extensive collection of puppets, including one fashioned in his likeness. The dark atmosphere and strange figures make the video unsettling in a David Lynch-ian fashion.

The remix is distinctly James Murphy, removing the original's guitar riffs and natural drums from the equation to replace them with a steady electronic rhythm and offbeat sampled applause. The electronic effects add to the dissonance, and the altogether sound is something closer to a dance hit than the original dark glam-rock track. Through the entire video however, it is not easy to get lost in the dance beat when you can only pay attention to the terrifying Bowie marionette peering into your soul with a devilish wooden stare.

Pre-order the extended version of The Next Day on iTunes. 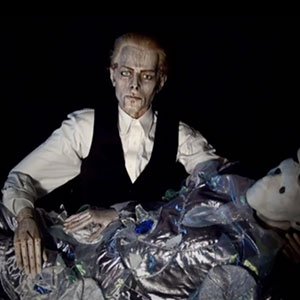