Long-time Nine Inch Nails fans will be incredibly jealous of the attendees of the band's San Antonio show on November 5th, where they performed crowd-favorite "All the Love in the World" live for the first time ever. The opening track on Nine Inch Nails' 2005 album With Teeth, "All the Love in the World" had never once been included in a live set, despite its sought after status among fans. Luckily, YouTube user Jarad Matula happened to film the entire song on his phone with reasonable quality given the circumstances. Fans can look forward to a faithful performance of the song, capturing the steady beat and bursts of energy that make it an enjoyable listen. 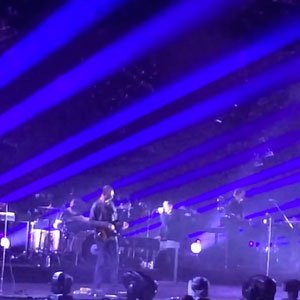