"Little Richard's original recording of Lucille is just one of the greatest rock'n'roll vocal takes of all time. So of course, like a fool, I said we should up the tempo, stretch out the riffs, and cover this song. We wanted the energy to be somewhere between real deal rock'n'roll and a full on Nirvana-esque freak out. It worked and I think it helped us see where we wanted Essential Tremors to land."

The description he gave definitely makes sense, as the vocals are a mix of Little Richard's signature high-pitched "woo" and Kurt Cobain's messy growls. It's an intensely fervent performance by the whole band, and Little Richard would undoubtedly approve. 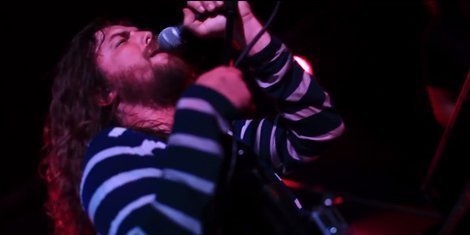 You can get J. Roddy Walston & The Business' new album, Essential Tremors, on iTunes.

Here's the original Little Richard version, in case you haven't heard it.