Last night, The Lumineers out of Denver, Colorado joined South Carolina's Shovels & Rope onstage at the Moody Theatre for PBS' Austin City Limits. Each band played a six song setlist during the hourlong broadcast, showcasing their unique brands of neo-folk/Americana.

The Lumineers have gained acclaim this year with their Grammy nominated self-titled record, but it was the blusey country of Shovels & Rope that stole the show. The duo's harmony and chemistry was palpable onstage as they passed their instruments back and forth. Check out the full episode above, including brief interviews with the bands following their respective sets. Full setlists below. 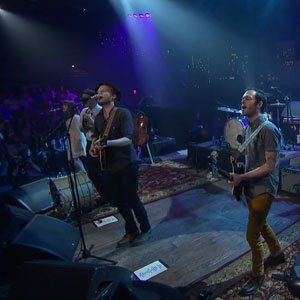 Stay tuned to Zumic each week for more of the 39th season of Austin City Limits.