M.I.A. Fighting $1.5 Million NFL Lawsuit Over Flipping Off The Superbowl 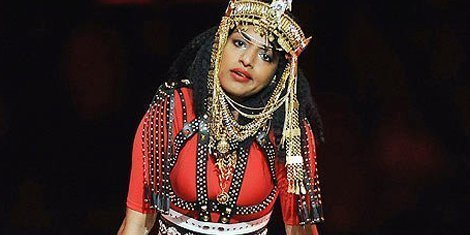 M.I.A. made headlines at the 2012 Super Bowl when she gave everyone the middle finger and mouthed the words "I don't give a shit." Now, it turns out that the NFL has been in the process of suing her for $1.5 million and ordering her to issue a public apology for her actions.

The NFL claims that M.I.A. breached her contract and was in "in flagrant disregard for the values that form the cornerstone of the NFL brand and the Super Bowl." M.I.A.'s lawyer, Howard King, responded by saying:

"Of course, the NFL's claimed reputation for wholesomeness is hilarious in light of the weekly felonies committed by its stars, the bounties placed by coaches on opposing players, the homophobic and racist comments uttered by its players, the complete disregard for the health of players and the premature deaths that have resulted from same, and the raping of public entities ready to sacrifice public funds to attract teams."

The NFL is particularly sensitive to things going wrong during the halftime shows after Janet Jackson and Justin Timberlake's little incident in 2004. In this case though, neither the FCC or NBC have had any legal issues with M.I.A. 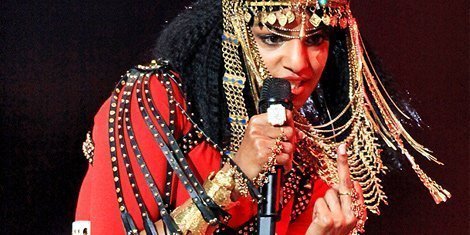 King has asked for people to send in evidence of the NFL being less than the wholesome, family-friendly entertainment that they claim to be:

"We encourage people to submit their examples of how the actions of the NFL, its stars, coaches, advertisers, broadcasters, team doctors and owners have damaged or destroyed any vestiges of any reputation for wholesomeness ever enjoyed by the NFL. These submissions, which we plan to use to bolster M.I.A.'s defense, will help balance the playing field, as they very well could eliminate the burden of undertaking a formal survey of the history of unwholesome behavior, can be made to the M.I.A. defense team by email to [email protected]"

You can read more about the case at The Hollywood Reporter.

"Gold" - M.I.A. [SoundCloud Audio Stream]
Music Electronic Hip Hop M.I.A.
1
959
Back to top
You must be logged in to upvote.
Registration and login will only work if you allow cookies. Please check your settings and try again.