Backed by a live band combining hip-hop, soul, jazz, and funk, the 21-year-old Miller showcased his skill as a rapper, a singer, a dancer, and he even played electric guitar on the last song. Check it out:

That electric gutar jamout at the end of "The Question" was pretty fantastic. Mac Miller does the Jimi Hendrix behind-the-head playing trick, and then goes out into the crowd and plays while leaning against the front row of people. Very cool. 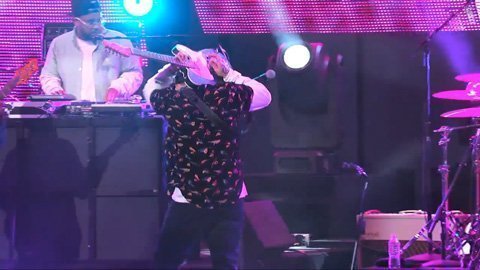 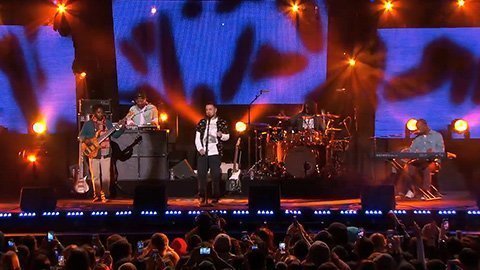 For the latest Mac Miller music, news, and tour dates, check out his Zumic artist page.