Jay Electronica made some waves this morning by Tweeting a link to a brand new remix of Drake and Soulja Boy's "We Made It," this time featuring killer verses from himself and Jay Z.

The Jays kill it on the track, dropping reference-heavy lines over the Purp Dogg-produced beat. Following Electronica's history-laden verse, Hov calls out other rappers -- including Drake himself -- spitting, "Sorry Mrs. Drizzy for so much art talk / Silly me rappin' 'bout shit that I really bought / Why these rappers rap about guns they ain't shot? / And a bunch of other silly shit that they ain't got." The only thing tagged on the SoundCloud is 12 Years A Slave, which is appropriate considering the cover art and the song's multiple references to the film. Listen to the sick track above and download for free through MediaFire.

Check out Drake's original version and tell us who you think did it better. "We Made It" follows Jay Electronica's recent track "better in tune w the infinite," which you can check out right here at Zumic.

Jay Electronica & Jay Z "We Made It" lyrics:

[Intro: Eastbound & Down's Kenny Powers]
The only thing I'm seeing I'd like to put an amend on, perhaps a little more room here for the fixins. You know what I'm talkin' about? Oh, we gon' have a lot of fixins. We gonna have so many fucking fixins up in this motherfucker, this shit gon' go through the roof. Got damn I'm shittin' gold these days

The devil, the haters, the bloggers, the papers, the labels, they labeled me
But they can't relate to our struggle, my nigga, we came up from slavery
Apologies go out to all of my fans cause they waited so patiently
This one is for all of the lost and forgotten black angels that prayed for me
A milli, a milli, niggas love me cause I'm ill
The greatest story ever told, niggas in the field
From Solomon to Sambo to Django, it's fact
I'm the Farrakhan of rap and I get it from the wheel
The son of WD, who hung around in the D
Who ran around in the three
The trap gods raised me
Face all on the Sphinx
Story all in the wall of the pyramids
Niggas know the Black God saved me
You can blow the nose off, that won't change it
Obamacare won't heal all that anguish
We came a long way from the bottom of the boat
All praise to the Mahdi, we found our language
Gold necklace, middle finger erected
God tribe of Shabazz stylin' on the record
Lost sons of Muhammad, wildin' in the wreckage
Asha du illah illaha is the message
All these niggas, I got to fight one
All these devils, I got to strike some
All these rebels just waitin' on the war cry
Mama said "Son, you got to strike drum"
Roc Nation, celebration
Motivation, elevation
Nigga we made it from slaves on a slaveship
Live from the cotton fields, straight to the spaceship

[Interlude: Kenny Powers]
Kinda makes me wonder why the hell so many people are tryna tell me to slow down. Seems like motherfuckers should be shuttin' the hell up and enjoyin' the show

Hop off the slave ship
Poppin' my chain, and took it to Jacob, I got it gold plated
Walked in that bitch like "Nigga we made it!"
I own my own masters, you know I ain't missin' no royalty statements
I can't be rated, damn Hov stunt on them haters
Sorry Mrs Drizzy for so much art talk
Silly me rappin' 'bout shit that I really bought
Why these rappers rap about guns they ain't shot?
And a bunch of other silly shit that they ain't got
I'm on my Lupita Nyong'o
Stuntin' on stage, got the 12 Years A Slave
This Ace of Spades look like an Oscar
Black tux, look like a mobster
Don't make me RRRRAA yah, nigga watch your tone
I come to court with black boxers on
Y'all hella jealous of my melatonin
I could black out at any given moment
I'm God, G is the seventh letter made
So when my arms & feet shackled I still get paid
All praises due
I'm ready to chase the Yakub back into caves
These are the last days, but do I seem fazed?
Showed up to the last supper in some brand new J's
I'm the true and livin', book of Hov
New religion, 8th wonder of the world, alien, superstition
You're blind, baby
Blind to the fact of who you are maybe
My bloodline's crazy
Kings and queens and Michael Jordan rings
I go stupido, sucio
The flow is filthy, y'all can't kill me
I've been inoculated from the snakes and the fakes
The corny handshakes, cock sucker we made it 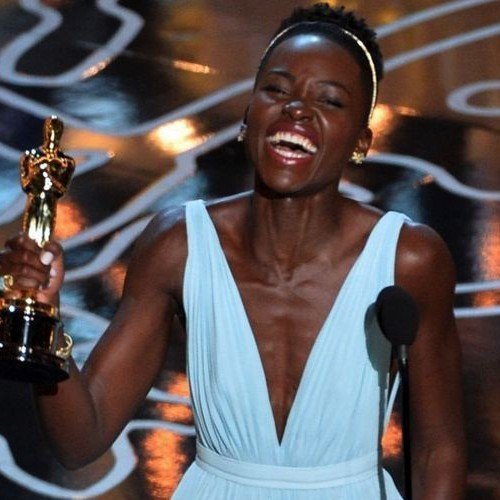 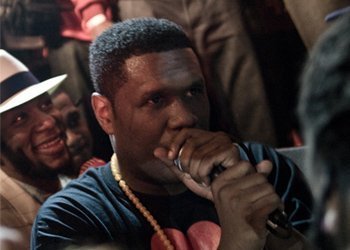 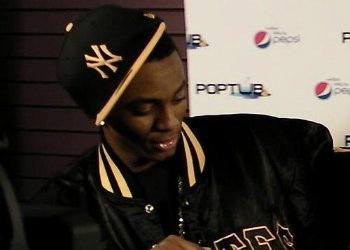