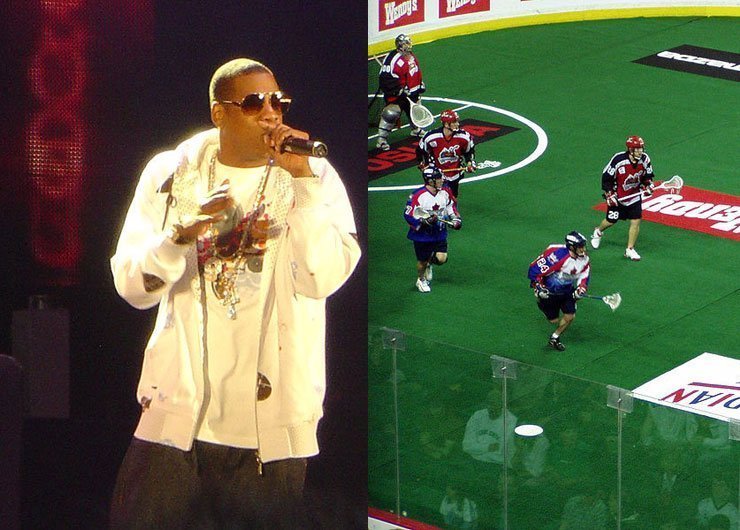 Continuing the hip hop tradition of rappers competitively dissing one another, DJ Khaled recently released "They Don't Love You No More" featuring Jay Z along with Meek Mill, Rick Ross, and French Montana.

Jay Z's verse includes a brief diss that's a suspected response to Drake's recent joke during a Nets/Raptors game that "Jay Z's somewhere eating a fondue plate." On the DJ Khaled track, Jay Z rapped "Haters wanna ball, let me tighten up my drawstring / Wrong sport boy, you know you soft as a lacrosse team." Drake hasn't responded to it yet.

Normally, rapper beef is simply entertainment for fans and great water cooler discussion. However, in this case, Jay Z's lyrics pissed off the Major League Lacrosse organization when they heard about how he views their sport. Needless to say, the MLL is unamused that Jay Z considers lacrosse a soft sport. The MLL even officially challenged Jay Z to back up his remarks, telling MTV in a statement, "Mr. Carter would not last one minute on a lacrosse field during a match and he is more than welcome to come to any of our games and try." Ouch.

Jay Z is indeed a brilliant rapper, but will he care to smoothly make amends with the Major League Lacrosse and uphold his street cred after such a blatant attack on his manhood? Who knows. In the meantime, Jay Z and Drake might do better to limit their superficial feud to the confines of hip hop.