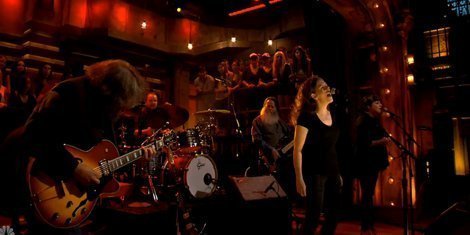 Case also did another new song, "Night Still Comes," as a bonus online-only performance. This one is a slower, more soulful song, and Case's vocals get to really shine in it.