Mark Ronson Gives TED Talk on the Importance of Sampling

As a music producer, Mark Ronson has been responsible for some of the best, most respectfully-orchestrated updates on '60s and '70s soul music, which showcase his prowess as a sampler. With this in mind, he's a great choice to serve as an advocate for sampling in this new TED Talk, as his compositions are easier on the ears of the elderly and intellectual elite than, say, Girl Talk's. Watch the above video to hear Ronson talk about the importance of sampling in our "collective consciousness," and even demonstrate the power of the medium.

When preparing for this talk, Ronson must have quickly realized that the best way to make a TED Talk audience appreciate sampling is by remixing the webseries' theme song, which he does to kick off this video. After winning the audience's attention (and garnering considerable applause), Ronson explains the origins of sampling in music, tracing them back to twin pillars of the art form: De La Soul's 3 Feet High and Rising and Beastie Boys' Paul's Boutique. He calls the two albums the "Sgt. Pepper's of their day," and goes on to explain the impetus behind the dawn of sampling:

"They weren't sampling these records because they were too lazy to write their own music, they weren't sampling these records to cash in on the familiarity of the original stuff. To be honest, it was about sampling really obscure things. Except for a few obvious exceptions like Vanilla Ice thing we know about. But the thing is, they were sampling those records because they heard something in that music that spoke to them, that they instantly wanted to inject themselves into the narrative of that music. All of the sudden, they found themselves in possession of the technology to do so."

In an attempt to legitimize this to his older audience, Ronson compares this moment of hip hop's first flirtations with sampling to the "co-opting" of Delta blues done by Eric Clapton, The Rolling Stones and others in the 1960s -- "In music, we take something we love and build on it."

Ronson then embarks down the very interesting path that Slick Rick and Doug E. Fresh's "La Di Da Di" has travelled in the sampling world, with elements of the song popping up in over 540 different pieces of music after it was released in 1984. Using his DJ setup, he shows how Snoop Dogg, The Notorious B.I.G. (who he calls "Thoroughly Modern Biggie" in yet another attempt to cross generation gaps) and lastly, Miley Cyrus have co-opted lyrics, themes and musical elements of the song. His points are illustrated beautifully by his deft DJing skills, which are enough to make even the stodgiest rockist -- who he describes as "racists but only about rock music" -- impressed.

The talk closes with another mashup of TED ephemera, combining previous TED Talks by pianist Derek Paravicini and spoken word artist Emmanuel Jal into an emotionally-impactful composition. Ronson's talk is interesting, informative and bolstered by his "showing" rather than "telling." Check out more of his music right here on Zumic. 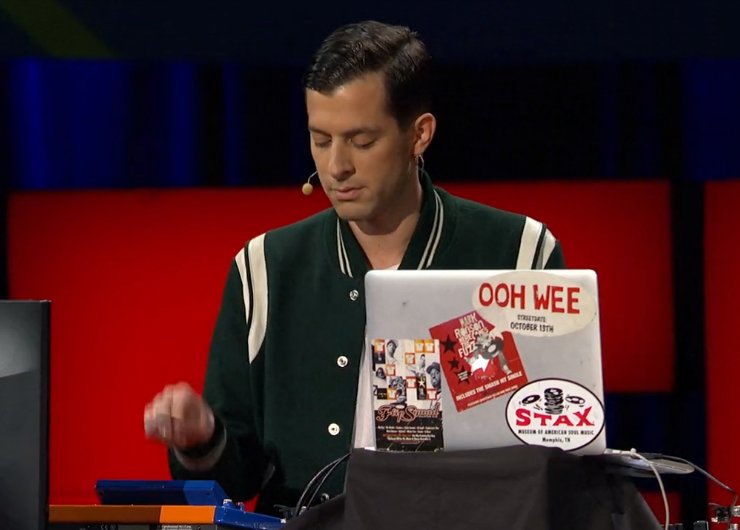 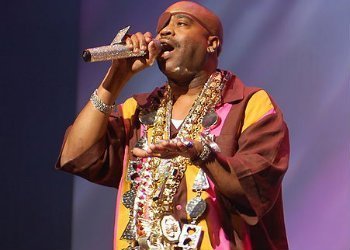