London's Savages have just released the Kurt Vonnegut-inspired video for "Marshal Dear," a track from this year's Mercury Prize nominated Silence Yourself.

Conceptualized by guitarist Gemma Thompson, the video is a visualization of Slaughterhouse-Five protagonist Billy Pilgrim's experience when he became unstuck in time. In the book, Billy watches a film of American WWII bombers, but he sees everything in reverse: Taking off backwards from an airfield, flying back over a German warzone and sucking all the fire and bombs up away with them, before landing safely at their base and shipping the bombs back to the states to be dismantled. The scene is one of the most notable and poignant descriptions of war in American literature and the video shows a hauntingly excellent rendition of it.

On the Matador Records blog, Gemma Thompson had this to say:

“This scene would replay in my head and I could imagine it as an animation of lines flowing into each other, much like early hand-drawn animation created to accentuate a musical score. I also thought it was beautiful how Billy tries to right the process of destruction and how this echoed the true story of the character in the song Marshal Dear – Field Marshal Rommel’s attempted assassination of Hitler to end the Second World War which resulted in him being forced to take his own life to spare those of his family. We worked on bringing the character of the factory worker into the fore so that the animation now focused on the role of the woman working in the factory and the bomb itself as she realises her hand in the destruction.”

Watch the video above and purchase Silence Yourself through the band's official website. You can also read our review of Savages' recent NYC concert right here at Zumic. 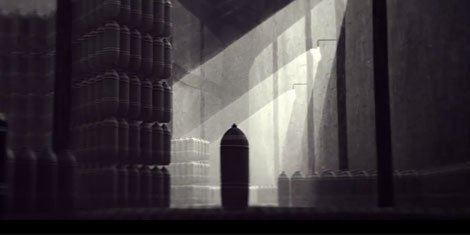 Lyrics:
I HOPE YOU'RE BREATHING YOUR LAST BREATH
OH MARSHAL DEAR
AND YOU WILL DIE, YOU WILL DIE SOON
I GIVE YOU A QUARTER OF AN HOUR
OH MARSHALL DEAR
CAN'T YOU SEE I'M WINNING

"Adore Life" - Savages [Official Full Album Stream + Zumic Review...
Music Savages Full Album Stream London, UK LP
1
817
Back to top
You must be logged in to upvote things.
Registration and login will only work if you allow cookies. Please check your settings and try again.