The most exciting cat album since Jingle Cats is finally here!

That's right, after listing some insane deluxe packages, someone actually made a Kickstarter to raise the $40,000 required to commission Meow The Jewels, a feline remix of hip hop duo Run The Jewel's acclaimed 2014 release, Run The Jewels 2. The end result is now available as a free download and on most streaming services.

A hip hop cat album? Actually, it's surprisingly listenable. An all star team of producers were brought onboard to remix Run The Jewels' 2014 album, incorporating cat sounds in oddly clever ways. Going beyond simply pitch-shifting, the cat sounds are stretched, distorted, and put through a variety of interesting effects. Many of the low synth basses have been replaced with affected purrs, and in some cases cat bell-collars are used for a quirky rhythmic texture. Also, the hook in "Lie, Cheat, Meow" may be one of the most eerily beautiful cat melodies ever made.

Not only has RTJ integrated cat sounds throughout the album, they have fully integrated cats into the album's narrative. The first track of this cat-based concept album opens up with them openly addressing the fact that they were actually going to make a cat remix of RTJ2. Using a trippy 1950s educational-film type narration, they turn the cats presence into a nightmare, invading the album and eating their faces.

The collaborative effort on the album seemed to pay off as well. As El-P speaks of his fellow producer's contributions in an interview for The Concourse:

Man, everyone did a great job. I think the first one that really blew my mind and fucked me up and made me go back to the drawing board—like, “I can’t just make it a complete joke”—was Boots, when he did “Meowrly.” He told me, “Yo, I’m trying to make the Sgt. Pepper’s of cat songs, like I’m gonna make it like my version of ‘A Day in the Life.’” That was the first one that completely fucked my head up. But everyone was amazing; Just Blaze was obviously unbelievable, but there’s a lot of range in the way people approached the shit—like, Zola Jesus’s shit is just completely psychedelic, and I think the Little Shalimar one is probably the funkiest of all, one of the most head-noddy ones. I tried to make a banger—we’ll see.

Although this album pales in comparison to the production and social impact of the original RTJ2 and you won't likely listen to it more than once (if you can even get through the whole thing), it's still awesome that this started as a joke and actually got made with the proceeds being donated to charity, specifically families affected by police brutality.

Meow The Jewels is available as a Vinyl Double-LP and Free MP3 Download on Run The Jewels' official web store.

For more Run The Jewels music news, including tour dates, check out their Zumic artists page. 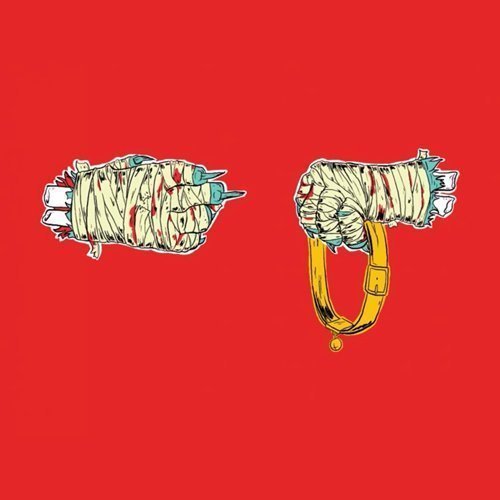