Band ring in the new year with space-themed acrobatics

Today, Phish have shared a 23-minute pro-shot video of their New Year's Eve performance at Madison Square Garden, including the countdown to midnight with the traditional New Years song "Auld Lang Syne," bookended by two of the band's newest songs — "Mercury" and "Say It To Me S.A.N.T.O.S." — the latter of which debuted during the band's highly conceptualized Kasvot Växt í Rokk Halloween set in Vegas exactly two months earlier.  Watch above on YouTube.

The jamband kings opened up the third set of the night with Trey Anastasio and Mike Gordon sporting metallic spacesuits as they played the upbeat track "Mercury."  At the 3:30 mark, confetti starts to drop on the crowd as ten people take the stage and stand stoically after being harnessed to mysterious ropes hanging from above which are eventually raised above the musicians with huge streamers hanging down.  As Trey sings the verse, "The net’s unbreakable, don’t worry about falling," the people reveal themselves to be acrobats in nets doing unbelievable moves in sync with the music.

During the lengthy jam that followed, smoke machines filled the air as rotating lights swirled with magnificent colors.  30-seconds before midnight, a computerized voice begins a countdown to the New Year as the acrobats were lowered back down to the stage.  Then, thousands of balloons and streamers rained down as the band played an instrumental version of "Auld Lang Syne."  The theatrics were not over yet, as Trey and Mike were strapped to harnesses that lifted them above the stage during the Kasvot Växt tune "Say It To Me S.A.N.T.O.S."

Phish have always pushed themselves to deliver unique performances on New Year's, and this was no exception.  In addition to the new music and elaborate stage show, the video production team also strapped a GoPro on Mike's bass for some incredible shots.  The band were in especially high spirits, as Trey is also seen running around the stage while playing and joining Page behind the keyboards.  As if that weren't enough, costumed people wearing hot dog and pizza costumes participate in the festivities in a big glorious mess.  If anyone knows how to throw a party, it's Phish!

The full concert audio for every performance is available for purchase through LivePhish.com.  Other videos Phish has shared from the YEMSG run include "Meat" and "Tweezer" / "Death Don't Hurt Very Long" / "Tweezer." 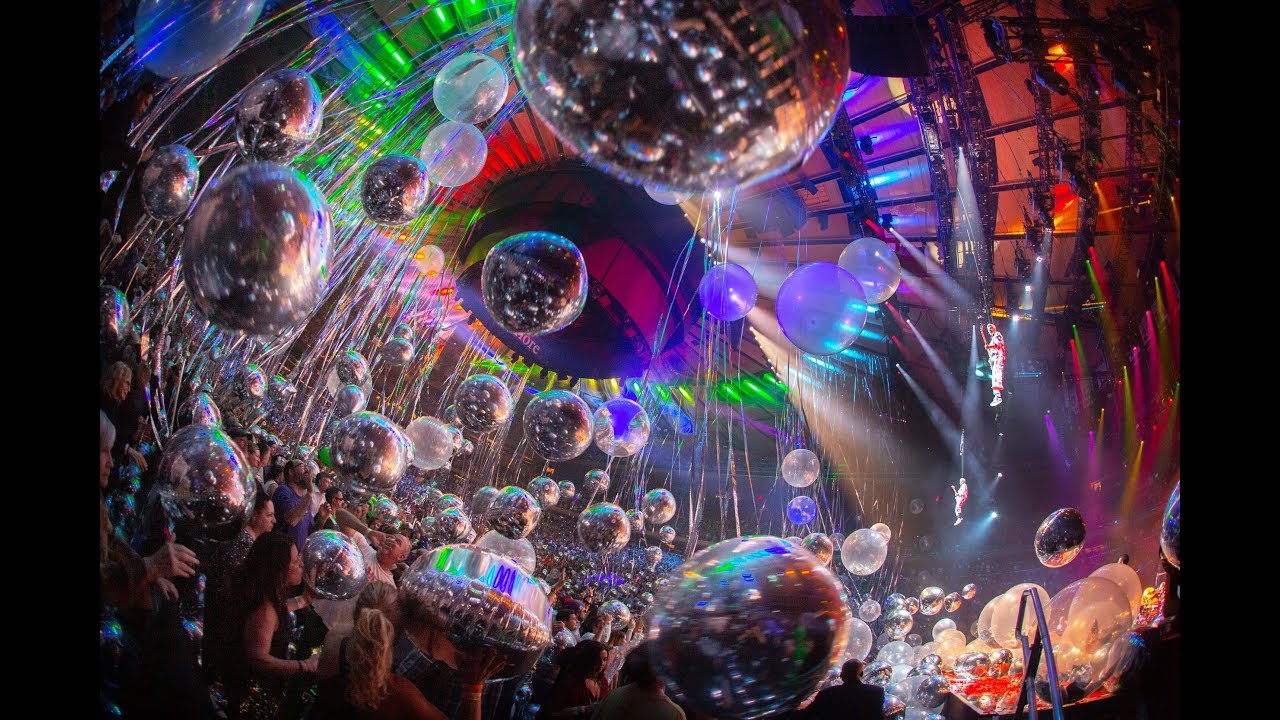