Just yesterday, TV On The Radio released the music video for their new single, "Mercy." They ended the night by playing the new song on Late Show With David Letterman. It was a rollicking performance of the uptempo song, with plenty of energy from both the band and Letterman's enthusiastic appreciation at the end. The song is a little dark, but made sweeter by the big vocals in the chorus. It's an infectious track that's even more engaging when seen live. Definitely check out the video above.

You can buy "Mercy" on iTunes now. The band also recently released their single, "Million Miles," which is available on iTunes as well. Although we already have two new singles from the band, TV On The Radio has not yet announced plans for their 5th album. 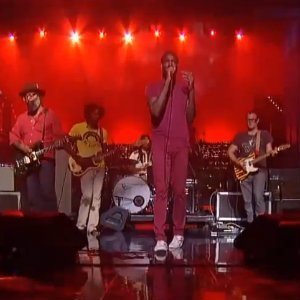 TV On The Radio 2015 Tour Dates & Ticket Sales
News Electro Rock Psychedelic Rock TV On The Radio
1
819
Back to top
You must be logged in to upvote things.
Registration and login will only work if you allow cookies. Please check your settings and try again.