Brooklyn's Candiria have shared the first single from their upcoming album, While They Were Sleeping. Listen to "Mereya" above, courtesy of Metal Blade Records' YouTube.

The song begins with hard hitting drums and distorted guitar riffs before Carley Coma’s screaming vocals give the tune a shot of adrenaline. Just before the two minute mark, the song takes an unexpected jazzy turn before shifting back to the hard side. "Mereya" settles into a steady, head-banging groove as it winds down, proving that not many bands can turn on a dime the way Candiria does.

While They Were Sleeping is scheduled to be released on October 7, 2016 on Metal Blade Records. Pick it up on Amazon. The band has also announced a headlining tour in support of the new LP. 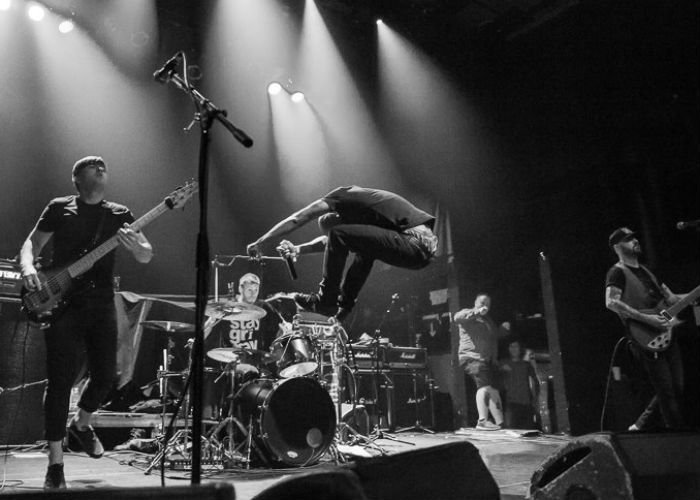