Buddy Guy made an appearance on Late Night With Jimmy Fallon and performed Junior Wells' song "Messin' With the Kid" accompanied by The Roots.

The rendition of the song was taken from more of a jam-based approach than how it's usually performed. Guy tears up the stage with his southern blues solos and raspy-voiced attitude.

Guy will release his next album Rhythm and Blues on July 30th which you can pre order on iTunes and Amazon. 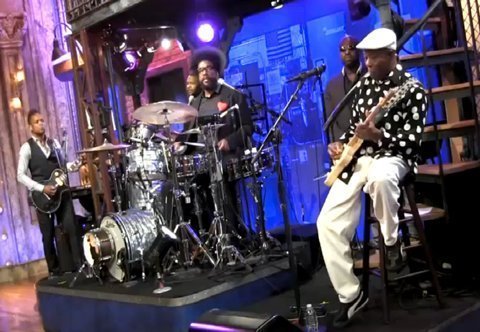