Metallica took part in San Diego's Comic-Con this weekend to preview their live concert film Metallica: Through The Never with an official theatrical trailer.

The heavy metal rockers present a twist on the typical concert film where they incorporate a narrative of a delivery boy, played by Dane DeHaan. The delivery boy, who works for the Rogers Arena in Vancouver where Metallica's performing, gets himself in a mess of trouble when he gets caught in a battle between police and rioters while in the middle of a delivery. Metallica's show goes on while all this mayhem in the city takes place. For those interested, be ready for an explosive action packed concert event!

Watch an interview with James Hetfield about the making of Metallica: Through The Never below:

Metallica: Through The Never will be in IMAX 3D 9/27 and hit theaters for wide release 10/4. 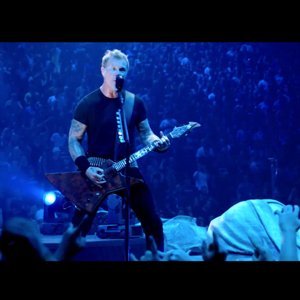 Metallica and Slipknot Team Up for 2019 Tour Dates: Ticket Presal...
Tickets Alt Metal Classic Rock Metal Rock Metallica Slipknot
3
2233
Back to top
You must be logged in to upvote things.
Registration and login will only work if you allow cookies. Please check your settings and try again.