These Metal Gods did the National Anthem right:

At the San Francisco Giants baseball game against the Los Angeles Dodgers, Metallica's James Hetfield and Kirk Hammett rocked one of the better instrumental versions of the "Star Spangled Baner" that you will ever hear. The guitars thundered through an extremely heavy and tastefully done version of the song, with nice interplay between the two and a very cool arrangement.

Ever since Jimi Hendrix played the "Star Spangled Banner" at Woodstock in 1969, electric guitar players everywhere have been messing around with it. This version is great because it doesn't copy Hendrix; it sounds like the Metallica you know and love. 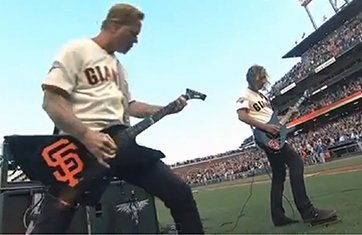 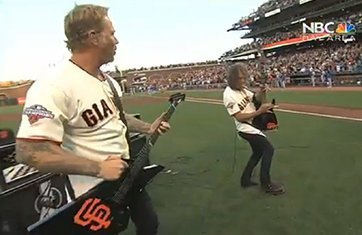 Metallica and Greta Van Fleet Team Up for 2020 Tour Dates: Ticket...
Tickets Metal Rock Greta Van Fleet Metallica
2
1600
Back to top
You must be logged in to upvote.
Registration and login will only work if you allow cookies. Please check your settings and try again.