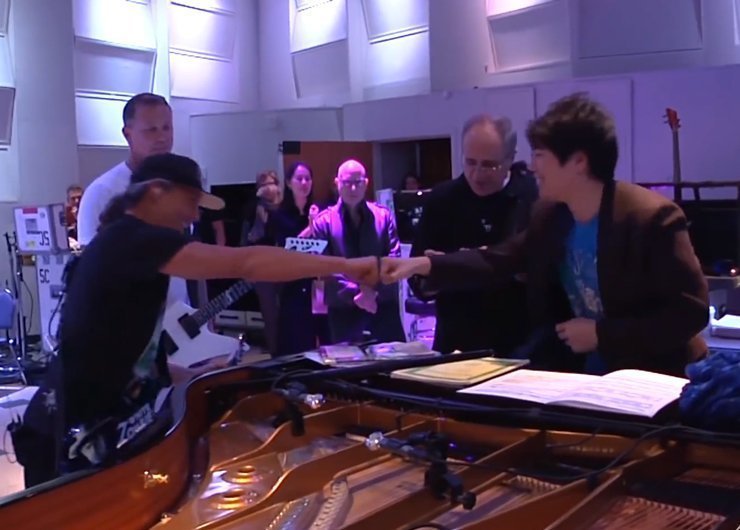 Metallica will play their song "One" with Chinese concert pianist Lang Lang at this year's Grammy Awards show. Guitarist Kirk Hammett told Rolling Stone, "It's gonna be completely insane. Lang Lang has interjected himself into the song in a way I don't think anyone else has ever done in the course of our career. He's gonna be playing major parts of the song. He's gonna be playing through the melody."

The brutal song was included on Metallica's 1988 album ...And Justice For All. At over seven minutes long, the antiwar song alternates between melodic parts and an aggressive closing section with punishing guitars and double kick bass drums. Hammett says that the band has been working on a demo of the track with Lang Lang's contributions and it works. "He's gonna be weaving in and out of my guitar solos, which is amazing for me because I've never played with another instrument that's been able to do that so effortlessly," he says.

Don't be fooled though, the fact that a concert pianist will be part of the song will not soften it up in any way, promises Hammett. "We're keeping all the heavy parts," he says. "And it's going to be really cool and it's really dynamic."

Metallica and Lang Lang's interpretation of "One" will air on Sunday, January 26th, when the Grammy Awards are broadcast live on CBS. Watch the rehearsal video for their performance here.