Two months ago, MGMT announced their self-titled third album along with a tracklist and its fall release date. Following their lead single, "Your Life Is A Lie," last month, they have now released another teaser for the album: Their new trailer contains spies, possums, and previews of half of the new songs on MGMT. Check it out above.

The video starts with frontman Andrew VanWyngarden waking up in his jungle home to be attacked by an angry possum. He escapes without injury, then meets up with the rest of the band to rehearse their new songs. The music is going well until they hear a strange buzzing sound. The NSA spies that are secretly watching them also wonder what it is, when the band discovers that there's a big black beetle hidden in their speaker. But it's not just any bug - it's a different spy, called a "Reptoid." The NSA spies exclaim that the "Reptoids have heard the new album.... They know how good it is." The band leaves the studio, but it seems that more trouble await them. Backdropping this dramatic short film is a soundtrack of new MGMT songs, including "Cool Song No. 2,″ “Mystery Disease,” “I Love You Too, Death,” “Introspection,” lead single “Your Life is a Lie,” and “A Good Sadness.”

MGMT will be released on September 17th, but you can pre-order it now on iTunes. It comes with an instant download of "You Life Is A Lie." 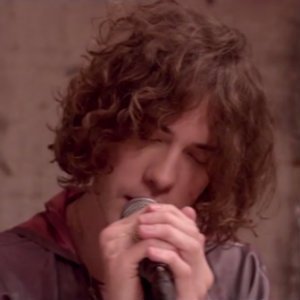