In the above video, Miley Cyrus performs her hit single "We Can't Stop" in front of a live studio audience at German game show Schlag den Raab. The video features a band of little people pretending to play instruments along with the backing track. At one point, the woman playing key-tar comes down and twerks while Miley slaps her rear-end, much like the woman in her controversial VMA performance. 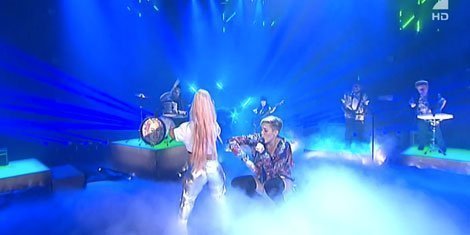 We were wrong to have judged Miley Cyrus the way we did. She is the greatest performance art genius in the history of man. Her deadpan commentary on the current state of art, her Dada-esque brilliance, and her satire of pop culture's subjugation of minorities all flew right over our heads as we marveled at the spectacle in front of us. It was all a distraction -- a cleverly crafted illusion -- as she held a mirror up to society. 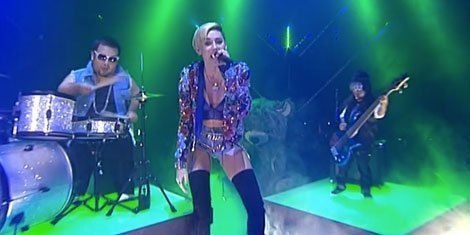 That is, of course, only a theory. It could also be that her insensitivity knows no bounds and she's now using whatever controversial and dubious tactics she can to attract attention to herself. 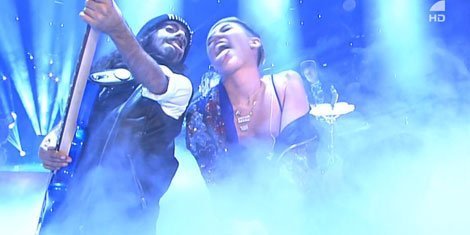 At this point, the lines have blurred between meta references, self-parody, exploitation, and naive, egocentric pop-stardom. All we're left with is a surreal performance at a German TV game show and this brand new music video in which Miley appears naked and rides a wrecking ball.

"Younger Now" - Miley Cyrus [YouTube Music Video]
Music Country Pop Miley Cyrus Nashville, Tennessee Official Music Video
1
995
Back to top
You must be logged in to upvote.
Registration and login will only work if you allow cookies. Please check your settings and try again.