TV On The Radio have released an environmentally conscious video for their new single, "Million Miles". The video centers around a nature show host trying to explain the world's "narrowing bio diversity." The show wraps after she is scolded for going on a tangent about the narrowing bee population. That's when the fun and "Million Miles" begins. Singing the song, the host frolics through the forest, climbs trees, rolls around in the mud, and is ultimately joined by other forest friends.

This release follows last month's upbeat song "Mercy". There has yet to be an official announcement about an upcoming LP title or release date. 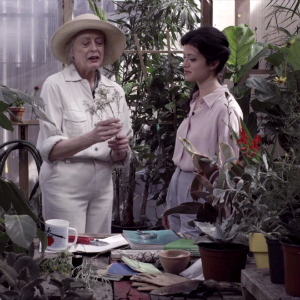 TV On The Radio 2015 Tour Dates & Ticket Sales
News Electro Rock Psychedelic Rock TV On The Radio
1
1067
Back to top
You must be logged in to upvote.
Registration and login will only work if you allow cookies. Please check your settings and try again.